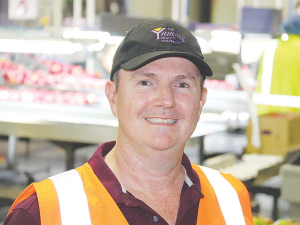 Paul Paynter, director of Johnny Appleseed – one of the largest growers in Hawkes Bay – describes the situation as an impending crisis.

He says that unless they get sufficient pickers, there is a serious chance that $100 million worth of apples won’t be picked this season.

In the case of his own orchards, Paynter told Rural News that it’s likely that 20% of his fruit will not be picked. Johnny Appleseed has 500ha of apples, a further 200ha in stonefruit and another 30ha in pears.

“It’s been traumatic here and you can drive down the road and you can see a Royal Gala block that hasn’t been picked and it doesn’t look like it’s going to be picked,” he says.

“We are better off than most because we are a relatively large organisation and probably about the fourth largest apple producer in NZ – so we are well resourced. We have an HR department and a bit of sophistication and can attract people and we have got pretty good campaigns going – yet we are still really struggling.

“We need another 140 pickers in the next week or so and I have no idea where we are going to find them.”

Paynter says the apple industry is worth more than half a billion dollars to the Hawkes Bay economy and with upwards of 20% of the crop not being picked that will have a huge impact on the region. He says if the crop isn’t being picked, and wages are not going into the community, the whole regional economy will suffer financially.