SFF shareholders in the gun for $millions? 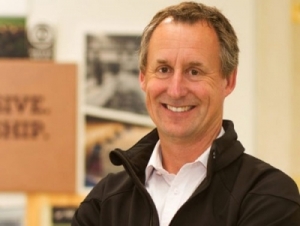 Silver Fern Farm's 6000 farmer shareholders could be in the gun for millions of dollars in penalty payments and costs if the company's proposed merger is not settled by June 30.

The merger deal that would see Shanghai Maling pay $261 million for a 50% stake in SFF – approved by 82% of farmer shareholders in a vote last October – is under threat of not meeting the June 30 deadline when it is due to go unconditional.

It is possible SFF farmer shareholders (currently 100% owners of the meat company) could face penalties and costs exceeding $40m if the Shanghai Maling proposal does not proceed by the end of June. Ironically, SFF benefited from a similar penalty payout in 2009, when the company's proposed merger with PGG Wrightson did not proceed.

PGG Wrightson defaulted on its offer to buy a 50% shareholding in SFF for $220m, when it could not come up with the $145m first instalment because of problems financing the deal due to the global financial crisis. PGW ended up having to pay $42m to SFF in penalties and costs incurred by the meat company.

It is now understood that SFF could face similar costs – or even more – if the deal with Shanghai Maling is stymied.

SFF chief executive Dean Hamilton told Rural News it was "too early to speculate" whether SFF farmers would be liable for costs should the deal not go through. He cannot say what the cost to SFF would be in the event of the deal not going ahead.

However, Hamilton did confirm that if the deal is not unconditional by June 30 it will fall through.

The last part of the agreement needed, before it goes unconditional, is Overseas Investment Office (OIO) approval. Hamilton says he's not sure when the OIO decision will come, but he is hopeful of hearing soon.

"There is no strict timetable. We continue to be optimistic of a positive OIO decision this month."

Silver Fern Farms says it has about 6200 ordinary farmer shareholders. A group of about 80 shareholders – headed by ex-pat British Vietnam-based investment banker and Canterbury runholder John Shrimpton – wants the SFF/Shanghai Maling deal overturned. The group has forced a special meeting of shareholders in its bid to overturn the proposed deal with Shanghai Maling; it says the deal would not be in the best interests of shareholders.

That meeting could be held by late June, with shareholders again being asked to approve the deal in a special resolution.

Hamilton says the company is waiting on more details from the group before setting a date.

"We are currently waiting on supporting information from Mr Shrimpton on the resolution before we can set a date for the meeting," he says.

"Once we have that information we will determine a date and advise shareholders."

However, SFF chairman Rob Hewett believes any vote on a new resolution is not legally binding.

He says the process to approve the partnership, last year, complied with all laws and regulations and the company's constitution.

Meanwhile, NZ First leader Winston Peters has called on the OIO to suspend its deliberation on Shanghai Maling's application to buy into Silver Fern Farms until complaints his party has lodged over the deal are resolved.

NZ First, which has strongly railed against foreign ownership – Chinese in particular -- in New Zealand is voicing complaints remarkably similar to those of the Shrimpton shareholder group.