We are not cash cows, farmers tell councils 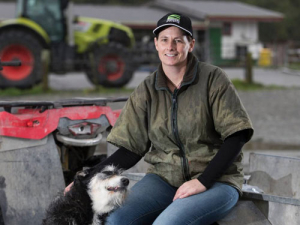 Farmers are fed up with councils treating them as cash cows.

A new Federated Farmers survey shows less than 4% farmers believe they get good value for money from their rates.

"It’s local government election year and those chasing our votes can expect some very pointy questions on why average council rates in New Zealand jumped 79.7% between June 2007 and June 2017 when inflation (CPI) for the same period was only 23.1%," Federated Farmers president Katie Milne says.

On Tuesday this week, Federated Farmers launched a survey of its members to get a handle on farm rates to help inform our advocacy to the Productivity Commission’s Inquiry into Local Government Funding and Financing.

"By Friday morning, we’d already had 647 responses, with 440 of them landing on the first day. I think that speaks volumes about the level of concern about council costs," Milne says.

"As an ironical nod to the fact many farmers’ rates bills top $10,000, we said the first 200 respondents to our survey would get a ‘Federated Farmers $10K Rates Mug’. These were exhausted barely three hours after the survey opened.

"The sad fact is, based on the rising costs, we’re probably going to have to change to $20K Rates Mugs."

Of the 647 responses received so far:

"Federated Farmers recognises the cost pressures on Councils and we’ve said before we’re delighted that the Productivity Commission is now investigating how local authorities might fund infrastructure in the future, as well as looking into regulatory creep and cost-shifting by central government," Milne says.

"Bills calculated on the current antiquated system of capital or land value-based rates often have little or no relationship with what a family, a business or a farm actually uses by way of council services.

"And here’s another message in this election year - we need people who have a sound understanding of rural and agricultural issues to stand, and get that perspective heard in Council chambers."