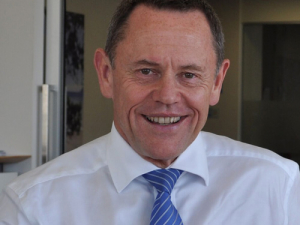 A significant win for agriculture and science-based theory on climate change is how the Parliamentary Commissioner for the Environment’s (PCE) latest report is being described.

But Climate Change Minister James Shaw is digging his toes in.

Commissioner Simon Upton’s new report suggests that forestry carbon sinks should only be used for offsetting biological emissions like methane. Carbon emissions from, for instance, fossil fuels should be brought to zero by other means. This would demand a major rethink of the proposed ETS ‘reforms’ which allow forestry credits to be traded to offset all emissions.

The PCE report suggests an alternative approach to the Government’s current plans. Upton’s approach would tackle carbon dioxide – the main driver of climate change – as the key priority. He suggests:

- Fossil emissions be managed down to zero by the second half of the century, separately from biological emissions and forest sinks.

- That the forestry sinks for offsetting carbon emissions should be for biological emissions only.

However, Shaw says the Government won’t be deviating from its planned changes to the ETS, which include using forestry to offset all emissions.

“However, for the sake of providing policy stability and predictability for emitters and the forestry sector, the Government is committed to retaining the use of forestry offsets for carbon dioxide and other greenhouse gas emissions.”

He says the Government’s proposed reforms are the result of five years consultation and discussion and any changes would take that amount of time.

But farming organisations say the Government must take note of the new findings which align with the latest and emerging science.

Beef + Lamb NZ chairman Andrew Morrison says it is now essential that ministers considering the shape of the Zero Carbon Bill, and members of the Interim Climate Change Committee and the future Climate Change Commission, take the parliamentary commissioner’s findings into account when setting policy.

Federated Farmers believes the report puts the challenge out to the Government to let science -- rather than politics -- guide its policy planning.

Hoggard says that Upton recognises the fundamental point that it is carbon dioxide that is the main driver of rising global temperatures.

Morrison says the PCE has recommended a science-based approach which fits with the principle of each sector being responsible for its own emissions, and for tackling them. Different sectors should not be able to offload the impact of their emissions onto other sectors, says Morrison.

DairyNZ chief executive Tim Mackle has welcomed the recommendation that methane should be treated differently from carbon dioxide and doesn’t need to be reduced to net zero.

“This work adds to the growing evidence base developed over the past few years about how methane -- a biological emission from animals -- differs from carbon dioxide in its impact on global warming,” says Dr Mackle. “The paper states that methane needs to be reduced and stabilised in order to achieve no additional warming, rather than go to net zero.  This is consistent with the international science.

“Mr Upton also recommends that nitrous oxide does not need to be reduced to net zero. We would welcome further research into this approach,” Mackle adds.  “This paper demonstrates again how the science on the impact of biological gases on global warming is continuing to develop. This is why the implications of any policy decisions for dealing with these gases needs to be carefully considered. But it is clear that total emissions must reduce.”

Many scientists have recently supported the setting of a separate methane target in the Zero Carbon Bill, to reduce and stabilise methane while carbon dioxide and nitrous oxide reduce to net zero. This is aligned with work by the Productivity Commission, research by Dr Andy Reisinger of the NZ Greenhouse Gas Research Centre, and most recently by Professor Myles Allan, of Oxford University, a member of the Intergovernmental Panel on Climate Change (IPCC).