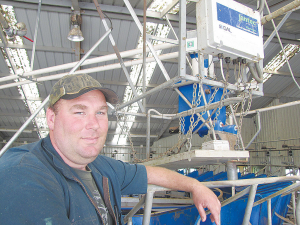 That's because New Zealand is already playing its part and working hard to become even better.

The pledge, signed by more than 100 countries, is a commitment to work together to collectively reduce global anthropogenic methane emissions across all sectors by at least 30% below 2020 levels by 2030.

The pledge does not mean that New Zealand must or should increase our current domestic 10% by 2030 biogenic methane reduction target, which already goes well beyond what is required for the GHG to achieve warming neutrality.

The pledge is clear in recognising that the mitigation potential in different sectors varies between countries and regions, and that the energy sector has the greatest potential for targeted mitigation by 2030. Oil and gas extraction, processing and distribution accounts for 23% of the world's methane emissions and coal mining 12 per cent. The United Nations Environment Programme (UNEP) has said with pre-existing technology, a 75% reduction in methane from the oil and gas sector is possible, with 50% able to be done at no net cost.

New Zealand has very few leaky gas pipes and has a livestock sector that is leading the world in efficiently producing highly sought after food and fibre.

In an effort to reduce emissions, without simply cutting production and shipping the emissions overseas, New Zealand farmers are currently bumping their heads on the ceiling of what is currently technologically and regulatorily possible.

In relation to agriculture, the methane pledge talks about "... abatement of agricultural emissions through technology innovation as well as incentives and partnerships with farmers."

New Zealand has been doing this for years. What we need now is for the Government to provide a framework that enables to get on with implementing some of the new smart GHG reducing technology - some of which has been developed right here in NZ.

New Zealand farmers are the most emissions-efficient farmers in the world, and the growing global population is demanding more of the products we export, such as beef, lamb and milk. We should not simply shrink our way to emissions reductions.

Our farmers - and taxpayers - are already having to sit back and watch NZ-developed GE ryegrass being trialled in the United States because of unworkable red tape in New Zealand. This cutting edge technology has the potential to deliver reductions in methane and nitrous oxide while also being more resistant to extremes in weather.

The methane inhibitor Bovaer (also known as 3NOP) has been given the regulatory green light in Brazil and Chile, but farmers in New Zealand are still waiting.

Kiwis hate it when we use our world leading innovation, science and research to develop ground-breaking technology, and then we let someone else in some other country use it to their competitive advantage. We can't let that happen again.

Federated Farmers is also looking forward to seeing the New Zealand Government get some return on the $20 million it invested in the internationally developed 'methane satellite' programme it started in 2019.

We should lead the world in agricultural emissions reductions that enables smarter and more sustainable food and fibre production, but not just in developing the science, but in also using it ourselves.

Border exceptions the first step in the process - Feds

Federated Farmers says they are pleased to see the Government’s approval of border class exceptions for a number of international agricultural workers for early 2022.