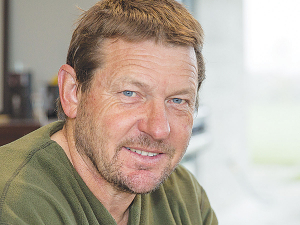 The Waimakariri Next Generation Farmers Trust is a response to the pending changes.

Formed by seven local farm owners and managers, the trust attracted nearly 60 people to its first public meeting on May 3. It aims to consult farmers to make a case for changes to the ZIPA, and will be making a submission when public consultation begins later this year.

Chair Scott Evans, an Oxford dairy farmer, says the group was formed to unite the rural community in their goal of protecting the environment for future generations.

“A key objective of the trust is to work alongside industry and local authorities in the development of environmental policy.

“Farmers have a lot of local knowledge and we want to ensure this grassroots perspective is not overlooked. We need practical, achievable changes that positively impact the environment and incorporate farmer-driven solutions.

“We all have the same aim and that is to ensure the environment is protected now and into the future.”

Evans said the overall philosophy of the ZIPA is good but some detail had been lacking. For example, Plan Change 5, in force in Canterbury since February, does not define good management practice (GMP).

“How can we get to GMP by 2025 when we don’t actually know what GMP looks like? So we need a clear definition of that.”

Evans said many farms in the zone are new, with good modern infrastructure, but many smaller and older farms need to spend a lot of money to get them up to GMP.

“We need to make sure that if we broad-brush a rule there’s a ‘valve’ in there to take account of the people who can’t make it, or won’t make it. I feel they could be quite a large proportion.”

Evans said farmers having trouble meeting GMP could apply for a separate resource consent. He said ECan may expect that to apply to only about 10%, but he thinks it could be more like 40%.

“I don’t think it’ll be an easy channel for farmers to navigate.”

Many farmers had already been “going above and beyond” to protect their natural environment.

Environmental spending by dairy farmers in the Canterbury/Marlborough region was $170,000 per farm from 2010 to 2015.