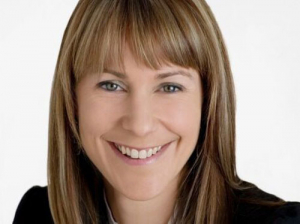 The government's change to the National Animal Identification and Tracing (NAIT) Act will result in some changes to the NAIT system in the coming weeks, says OSPRI chief executive Michelle Edge.

She is referring to the NAIT Amendment Bill that allows more ‘robust’ compliance enforcement by aligning the NAIT Act 2012 with the Search and Surveillance Act 2012.

The addition of the ‘other location’ definition to the act will require NAIT Ltd to change the NAIT system to enable users to create an animal movement to or from a property not registered with NAIT and without an assigned NAIT number.

Edge says OSPRI appreciates the need to penalise farmers flouting the law -- including those whose location is not registered with NAIT -- but the urgency under which the Bill was passed now forces urgent changes to the system, with some inherent risks.

Edge says the system changes will be made in the coming weeks.

“In the meantime, we will seek to support PICAs (persons in charge of animals) inquiring about these provisions as best we can while we investigate the best options for implementing changes to the system.”

She says the Government’s lack of consultation is a concern to OSPRI; other regulatory matters for improving NAIT should have come first.

The NAIT review resulted in an alternative solution for mandating the recording of movements to and from unregistered locations, as follows: “A prohibition on PICAs physically sending NAIT animals to premises without a current NAIT number is introduced”.

OSPRI’s view is that introducing such an offence would be a simpler and more efficient method of managing the risks associated with disease spread.

“The converse now means that NAIT will have to enable recording or data entry of various non- registered addresses in the system, creating further potential for confusion or error.

“Alternatively, NAIT can develop a mechanism for providing a temporary NAIT number issuance for an unregistered premise, requiring further investigation to confirm that NAIT animals are in fact held and there is a PICA present at the new unregistered premises.

“So to enable NAIT system users to record a movement to a destination that has no NAIT number, it will require development of manual follow-up processes, increased operational workload and potential data integrity and consistency issues.”

The NAIT review also considered further refinement and clarification of the definition of NAIT location and mandatory property registration, which remains to be addressed as a part of the implementation of the NAIT review recommendations that will require regulatory change.

Are you moving on June 1? Don’t forget to contact OSPRI and ensure your herd records are up to date before the big day.