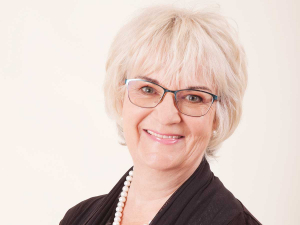 Julie South, VetStaff, estimates that a further 50 to 75 vets are needed to fill the shortage.

Julie South, talent acquisition consultant with VetStaff, says that while the announcement is a good start, she is uncertain how it will alleviate the shortfall, because all veterinary sectors are currently at critical levels.

"Right now, no one seems to know where these 50 vets will be allocated. It could be a lolly scramble with the various sectors fighting to get what they need," South told Dairy News.

She estimates that a further 50 to 75 vets are needed to fill the shortage once the vets already allocated exemptions are in New Zealand.

"However, they need to be the right kind of vets willing to go to where the vacancies are."

Another concern is whether the vets entering the country are able to fill vacancies in certain areas of the country and understand what New Zealand is like as a country.

South says one reason there is a shortage is because New Zealand has never trained enough vets.

“Vets are on the current long-term skill shortage list. The current shortage is only partly due to the effects of Covid-19. There is a continuing need for vets to be able to come here to work. Letting in 50 vets in a piecemeal fashion like this isn’t getting on top of the problem.”

South has requested an immigration classification change for vets. She wants veterinarians to have their own classification status like doctors, nurses, and other human healthcare workers.

“If veterinarians had their own classification – like their human medical counterparts have had all along – not only would it be more efficient, but it would allow positions to be filled as and where they become vacant.”

She says that while overseas vets are willing to come to New Zealand, many of them also want to work in Australia and don’t mind which country they end up in.

She says that because the Australia government has made it easy for vets to enter the country, that’s where they are opting to go.

“For those who don’t mind – because they’ve never been here, they therefore don’t realise there is a difference between the two countries… but to them it doesn’t matter. And I can’t blame them. If your dream is to emigrate down under or do your OE down under, of course you’re going to go to the country that makes it easy and welcomes you the most.”

She says that although the Australian-bound vets are in the minority, the numbers are increasing.

Vets must learn to say no - VCNZ

Rural vets are being reminded not to accept more emergency calls than what they can handle.

The Veterinary Council of New Zealand (VCNZ) is being urged to reintroduce practical exams that will allow overseas vets to work here.

A Government scheme to place 34 graduate vets in rural areas is winning praise from one recruitment agency.