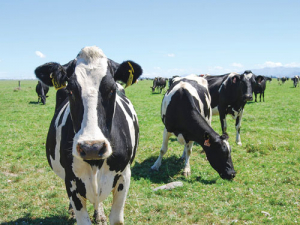 New research into genetics and breeding could lead to New Zealand raising livestock with lower nitrogen emissions and so lower greenhouse gas effects.

Fonterra’s Less Footprint programme manager, Dr Mike Scarsbrook, says the research is showing that what an animal eats, and genetic factors, play a part in how much nitrogen it excretes.

“This means if animals with lower nitrogen emission can be identified, that trait can be bred into the national herds and the whole country can benefit from lower emissions,” he said.

Nitrous oxide is a small but critical part of NZ greenhouse gas emissions, making up 12% of all emissions in 2016. Like methane, nitrous oxide is a strong contributor to climate change because it more effectively traps heat than carbon dioxide – by about 300 times.

But unlike carbon dioxide, which can last for thousands of years in the atmosphere, nitrous oxide breaks down in about 114 years.

AgResearch, Massey University, DairyNZ and Abacus Bio are the research partners and Fonterra is helping to fund it.

AgResearch has also filed for a patent that builds on this work and provides an option for new tools to identify the low-emitting animals at a genetic level.