No choice but to cull 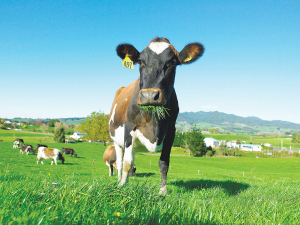 Farmers believe they will be forced to cull cows to meet targets.

Only by culling cows would New Zealand achieve the methane emission targets set by the Government unless there was a major breakthrough in science, says Federated Farmers national vice-president Andrew Hoggard.

“The numbers they have picked are far in excess of what we and a whole range of scientists say are needed to be the equivalent of net zero CO2 (carbon dioxide),” he told Dairy News.

“A number of papers have come out in the last year that have said that with short-lived gases -- methane in particular -- you don’t need to go to net zero. A 10% reduction (of methane) by 2050, not by, 2030 is the often quoted number and definitely not 24-47%. That is just ignoring the latest and most sound understanding of the warming impact of methane.

“It is an unnecessary cost and burden to not only the rural economy but the New Zealand economy.”

The Government has picked numbers which are completely disassociated from the concept of agriculture not adding to warming.

Hoggard says reducing livestock numbers would be the only way of coming near these targets unless we get some scientific breakthroughs.

“From the work that has been done [we know] if everyone was to improve their efficiency to be completely onto it 24/7 365 days a year, then we could maybe get a 5% reduction in methane.

“If we want to go beyond that and we aren’t able to use trees to offset the methane emissions then it comes down to the direct relationship between the amount of feed you put into an animal and the gas emitted. You have to put less feed into a ruminant which means less production. You can only support fewer animals.

“There is a feed inhibitor coming but it is designed for the northern hemisphere systems.” It is not known if it can be reformulated for NZ or what the costs might be.

Some scientific breakthrough may come but the costs of applying it may mean it may be better to retire all land and plant pine trees, Hoggard said.

“If we went for 10% by 2050 we could possibly achieve that with the current trajectory we are on with small incremental gains. Why do we need to do more than what we need to achieve to have no warming impact?  If you are asking NZ agriculture to go further faster than what it would be to have no additional warming... by pushing that methane down you are actually having agriculture provide a cooling element.

“Is the Government going to be giving us incentives to do that? I seriously doubt it.”