Time for strugglers to sell? 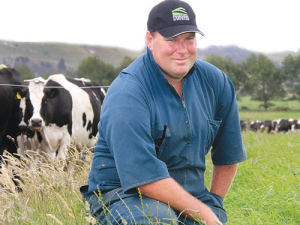 Heavily indebted farmers may be under pressure from their banks to sell up on the rising farm market to get out of their debt.

“Reading between the lines, it might be a case of the banks suggesting to the perennial strugglers that it is time to sell up,” said Federated Farmers vice-president Andrew Hoggard.

Banks may have been waiting “until things are looking rosy” on farm prices before encouraging customers to look at their options.

Hoggard was commenting on the May 2018 Federated Farmers’ Banking Survey, which showed that more farmers are feeling under financial pressure, and are less satisfied with their banks.

The proportion of farmers reporting “undue pressure” from their banks has also risen.

The twice-yearly survey drew 1004 responses, more than double those in the last survey in November 2017.

While Hoggard noted that “a helluva lot” of farmers were still satisfied with their banks, the number ‘very satisfied’ or ‘satisfied’ has fallen from 81% to 79% since November. Sharemilkers, especially, dropped markedly, to 68.5% satisfied, down from 77%.

Perceptions of ‘undue pressure’ were up from 8.1% in November to 9.6% in May. The increase was mainly in dairy, especially sharemilkers: their perceptions of undue pressure rose from 9.7% to 13.5%, although that was still lower than the one in five reported in 2016.

The average mortgage in farming has fallen in the last six months, but for dairy it was up from $4.6 million to $5.1m -- the highest since the surveys began in August 2015.

“We need to be careful interpreting these figures,” said Hoggard. “It may just reflect the profile of those who took part in the May survey compared to November participants.

“But it’s a fact that dairy holds two-thirds of the total agricultural debt of about $61 billion, and a growing proportion of that dairy debt is held by highly indebted dairy farms.”

Hoggard said dairy debt has been discussed continually in his time at the top of Federated Farmers. “The Reserve Bank has been talking about it for a good number of years.”

New Zealand farm debt is high by international standards but the climate is pretty settled and farms generally have good systems.

“Part of their risk mitigation in Australia is they don’t carry much debt, so when a big drought hits they are able to buffer themselves to a degree.”

The Reserve Bank, in its six-monthly Financial Stability Report this week, continues to regard dairy debt as a financial stability risk.

“On the positive side,” said Hoggard, “the Reserve Bank observed that better and more stable dairy prices mean most dairy farms are currently profitable, allowing some farms to repay some debt.

“But it warned that dairy farming remains highly indebted and vulnerable to any future downturn in dairy prices. It identified Mycoplasma bovis as an emerging risk that has potential to negatively impact productivity and profitability, and noted that dairy faces long-term challenges including the impact of response to environmental concerns, such as stricter regulations.”