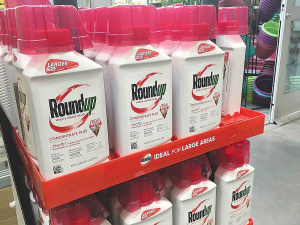 The German company that owns Roundup suggests this will bring closure to around 75% of the litigations, said to number in excess of 125,000 claims.

However, Bayer chief executive Werner Baumann said in a statement that, based on the extensive body of science, the company does not accept that the glyphosate-based weed killer causes cancer.

“First and foremost, the Roundup settlement is the right action at the right time for Bayer to bring a long period of uncertainty to an end,” says Baumann.

The company says the settlements “contain no admission of liability or wrongdoing”.

Roundup was originally manufactured by US chemical giant Monsanto, which Bayer acquired in June 2018 at a price of US$63 billion. Around the world, Bayer’s denial of a causal link to cancer is backed by several chemical regulatory authorities, including the US Environmental Protection Agency.

Plaintiffs claim that prolonged use of the weed killer has caused non-Hodgkin’s’ lymphoma and other cancers, but as recently as two weeks ago, a federal judge in California ruled that extensive scientific evidence does not support a cancer warning on the product.

Separately, Bayer will also pay out US$820 million to settle a case related to water pollution caused by its now banned, toxic chemical compound, polychlorinated bi-phenyl (PCB), and a further US$400 million to settle allegations that its dicamba-based herbicides caused crop damage through spray drift.

Said to be an effective herbicide for the control of broad-leaved weeds, Dicamba is now banned for use in the United States.