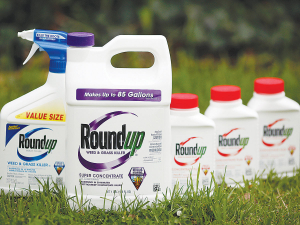 European farmers fear that a ban on glyphosate would see their crops taken over by deep-rooted weeds.

It's successful because it is the most widely used herbicide in the world, it is versatile, and its use can benefit the environment.

Conversely, its use has ignited heated debate around the globe, with many having their own slant on its safety, often resulting from conflicting reports and limited understanding of the science behind its use.

As the renewal of the EU authorisation of glyphosate looms, European farmers fear that a ban on glyphosate would see their crops taken over by deep-rooted weeds and suffer quality losses, alongside a reduction in farm productivity. Environmentalists are concerned about an increase in carbon emissions and a detriment to soil health and erosion.

The prospect of a ban on glyphosate is placing enormous pressure on European farmers. They would face substantial weed pressure, as weeds compete with crops for light, water and nutrients. An even greater pressure exists with climate change and the need for farming practices to become more sustainable. Taking this vital tool away from farmers would lead to more mechanical weeding, more time spent ploughing, and more money spent on fuel alongside the environmental impacts.

The other complication and contradiction to current environmental goals is the contribution that tillage makes to climate change.

Plants absorb carbon dioxide from the atmosphere through photosynthesis and pass carbon to the ground when dead roots and leaves decompose. Tillage releases this carbon from the soil to the atmosphere, contributing to global warming.

Soil degradation starts after rainfall, with run off entering nearby streams, gullies and rivers. The sediment in the water turns it brown and is eventually released into the seas, affecting sea life. Soil degradation from erosion is very expensive for Europeans, costing up to 14 billion euros annually.

Farmers need the best tools and technological solutions to grow enough crops, using fewer natural resources to produce sufficient high-quality food, respect the environment, safeguard consumers and support themselves. Allowing them to use the right tools at the right time for the right crops will assist them to do this.

Helping farmers build a stronger and more resilient agricultural economy, requires an open and transparent dialogue and collaboration between scientists, academia, innovators, politicians, regulators, NGOs and all along the food value chain from farmers to consumers.

Mark Ross is chief executive of Agcarm, the industry association for companies which manufacture and distribute crop protection and animal health products.