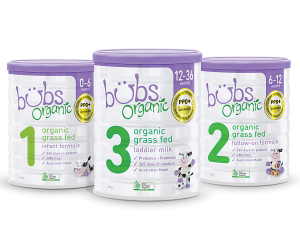 Beingmate will be the distributor in China but in a partnership agreement with Bubs, not Fonterra.

Fonterra will supply Bubs with organic milk powder, sourced from its organic milk pool in New Zealand, which will be manufactured at its plant in Darnum, Victoria.

The conditional supply agreement runs for an initial term until July 31, 2021.

The Bubs Organic new range of infant formula will be available in Chemist Warehouse pharmacies throughout Australia within three months. Export to China’s cross-border eCommerce channel will follow shortly afterwards.

Kristy Carr, Bubs Australia founder and chief executive says in a statement: “Premium product offerings are the fastest growing segment of the infant formula category, and we are now able to offer two nutritional options – organic and goat, to suit individual dietary needs. This will tap into the global consumer trend towards natural, sustainable and organic food production.

“Bubs is a key player in the goat dairy infant formula sector in Australia and has made inroads into China. It can now offer an Australian made certified organic grass-fed infant formula with both prebiotics and probiotics, in addition to Omega-3 DHA and Omega-6 ARA.”

Bubs told the Australian stock exchange that it has agreements with Beingmate, Alibaba’s Tmall and Chemist Warehouse.

The joint venture with Beingmate is to distribute and promote Bubs goat and organic cow milk infant formula “throughout Beingmate’s network covering 30,000 Mother and Baby stories in China”.

Bubs Australia holds a 49% interest in the joint venture which will run for an initial term of 10 years.