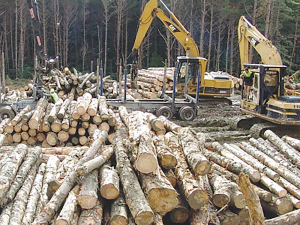 Do you agree with calls for the Government to take action to limit the scale and pace of this transition to forestry?

An overwhelming number of readers - 90.5% - said they supported the protests.

Many repeated a similar sentiment - that the Government was placing "unworkable" regulations on farmers. One respondent said the protest represented "the first time it felt like someone was standing up for us. It showed what unity there is." Others said they protested because they felt farmer organisations are not supporting farmers. Only 9.5% of readers surveyed said they didn't support the protest.

This week's poll follows a recent report, which says 77,780ha of productive beef and sheep farmland has been sold into forestry since 2017, that Beef + Lamb NZ estimates will reduce stock units by up to 700,000.