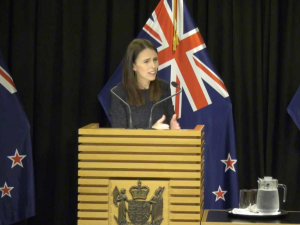 When the pandemic struck in March 2020, the Prime Minister waxed lyrical about the importance of the rural-based primary sector and how it would pull the NZ economy through the tough times ahead.

OPINION: When the Covid pandemic broke out over two years ago, Jacinda Ardern waxed lyrical about the importance of the rural-based primary sector and how it would pull the NZ economy through the tough times ahead.

It has delivered on that with interest.

The sector has come together like never before, from workers on farms, in orchards and processing plants – not to mention the marketers and managers who have got our product to market on time and at good prices.

However, it’s come at a price: people in rural NZ are fatigued and are having to cope with the additional burden of a bundle of stressful compliance.

The Government has set about reforming the health system, but 750,000 rural people (or about a 6th of the population) have been left out in the cold – when they already get a second-rate health service. It takes more than a year in some cases to see a specialist, long distances to drive to see a GP, if there is one, an almost non-existent mental health service and a grossly overworked and underpaid health work-force.

As one GP explained, “Mental health is a low priority because they are too busy dealing with urgent medical issues”. Other doctors have said they are leaving because of the clumsy and inept bureaucracy, while others have talked about huge mental health issues in rural communities.

The Rural General Practice Network is rightly outraged at the failure of Health Minister Andrew Little to legally prioritise rural health in the new Pae Ora Health Futures Bill. Yes, under the bill there is a legal requirement to produce special strategies to deal with Maori, Pacifica, people with disabilities and women – but not for rural. It seems rural is being left to fend for itself and once again left out in the wilderness.

National’s Dr Shane Reti, who has worked as a rural GP, is right when he says the distribution of health services must be based on need – not on ideology, which he accuses the Government of doing.

The chance to improve and prioritise rural health services is now all but gone.

Rural people and their health providers have seemingly been condemned to receiving poorer health services and outcomes than their urban counterparts.