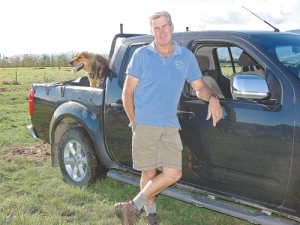 LIC says its full-year results reflect the resilience of farmers and their commitment to herd improvement.

The co-op says this largely reflects continued spending on core technology and infrastructure to ensure its technology is up-to-date.

Net profit after tax for LIC includes the annual revaluation to fair value of the biological elite bull team which this year was an increase net of tax of $2.7m vs a decrease of $0.57m last year.

Chairman Murray King says the results are also testament to the value they place on services and solutions from their co-op.

During the 2014-2015 year, LIC had high demand for its core artificial breeding and herd testing services, with a record number of semen straws (at least 5m) processed during the spring mating period.

Farmers also kept buying new technology from LIC; especially, many used short gestation genetics to improve their herd’s reproductive performance, reduce their reliance on inductions and get more days in milk. Orders for short gestation semen were double that of the previous season.

Farm automation and sensor technology systems were in steady demand, as was the co-op’s GeneMarkTM DNA parentage testing service.

A new automated heat detection system for herringbone sheds (Protrack EZ HeatTM) was installed on more farms; this will be fully launch next season.

LIC says it understands what a challenging time this is for shareholders and is standing firm with them.

The board says it will help farmer shareholders by extending credit with interest free periods for AB products during the peak spring mating season, and with interest-free periods on automation and DNA parentage products.

This should underpin good genetics, as a key driver for the prosperity and productivity of farming businesses.

The co-op will also watch its discretionary costs without impacting service to farmers.