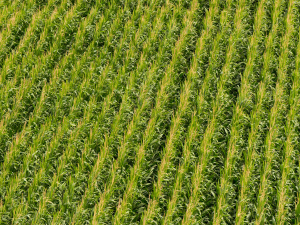 Maize seeds are large and are very resilient to weather fluctuations resulting in a wide planting window.

This is especially true when you compare it with the previous two seasons, where a drier-than-normal winter was followed by a relatively dry spring. Whenever we get wet springs, we seem to get the same question…. “It is now mid-November, is it too late to plant my maize silage?” And like it seems is true for most important things in life, the answer is, “It depends”. So, before I seek to answer this question, let me cover off a few points that will help frame the answer for you.

When it is too risky to plant small seeds, you can usually plant maize

Unlike the seed of many crops including brassicas and chicory, maize seed is large. This makes it very resilient to weather fluctuations resulting in a wide planting window. In fact, in New Zealand maize silage crops can be planted into December and still produce reasonable yields. In seasons where brassica crops establishment has failed and the re-planting window for brassicas has closed, maize silage is often planted as a substitute.

Maize has a different way of producing sugars to grow compared to most other crop species (e.g. turnips). This biological advantage combined with a deep root system means that during the summer months, maize silage can produce up to three times more dry matter than many other plants that like cooler conditions. Also, because maize growth is largely driven by temperature, planting later in spring means that there is more heat available and the warmer it gets, the faster it grows.

Maize roots travel deep into the soil to get water

The length of time it takes for maize plant to go from planting to a harvested crop is determined by two main factors. These are hybrid maturity and temperature. You cannot control weather (e.g., temperature), but you can control the hybrid you plant. The Pioneer line-up includes hybrids that require relatively small amounts of heat to reach maturity right through to hybrids needing a lot of heat to get them to harvest. This gives the grower a huge amount of choice in terms of target planting and harvesting dates.

As part of his PhD, my colleague Rowland Tsimba looked at the impact of weather on the ideal planting date for different maize maturities. He found that the planting window for each hybrid was far wider than we first thought. He also found that as you plant maize outside of the ideal window, yield does decline. However historically we didn’t know how much yield was lost with later planting. Rowland developed a model to predict potential yield loss due to delayed planting.

So given the above, is late November or early December too late to plant maize? Rowland’s research showed there was a big variation between seasons and regions. However, his modelling work also showed that provided the right hybrid maturity was selected, maize planted in late November in the Northland, Waikato, Bay of Plenty or Manawatu had ≥90% chance of successfully reaching silage maturity and yield between 85% and 94% of its maximum yield potential.

Rowland and his team conducted some research where they compared maize planted on the 20th of October and the 20th of November. Despite a month’s difference in planting date, there was only a 15-day difference to silking and the difference was just over a week at silage harvest time.

So, from a maize development or yield perspective, late November is not too late to plant maize. If you need to plant any later than that, contact your local Pioneer area manager and they will be able to get someone to run the model for you to help you make an informed decision.

Lastly, it isn’t all just about maize. When considering things at a farm level, you do need to consider any impact later planting may have on other important farm activities particularly regrassing. Choosing the right hybrid to ensure you get your pasture in on time is important.