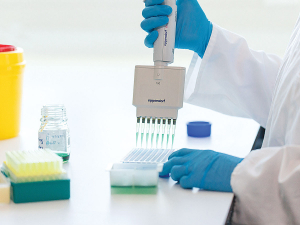 At the moment, the primary sector is seeing the inner scientific workings of the software tool Overseer which is widely used, by the dairy industry in particular, come under some intense scrutiny.

So often we hear the call for more hard science on which to base decisions or regulations – the cries are almost deafening at times.

Yet it seems that often the real crunchy hard science is being ignored or watered down and replaced in some instances by pseudo or false science which is easily accessible on the internet, social media and some books. Science is often manipulated or selected to justify a political decision.

It’s no secret that certain pieces of science are sometimes deliberately excluded from a report to achieve a certain outcome.

Not for one minute should one say that science must always have the last word and that society as a whole should be excluded from having a say. Democracy is about weighing up the options and making decisions that are best for society.

At the moment, the primary sector is seeing the inner scientific workings of the software tool Overseer which is widely used, by the dairy industry in particular, come under some intense scrutiny. Overseer has doubtless much to offer as a tool to help farmers measure nitrogen loss.

But it’s become obvious in the past week or so that the wisdom of the Parliamentary Commissioner for the Environment, Simon Upton, along with countless farmers and consultants, has at last been vindicated.

The Science Advisory Panel that have recently reviewed Overseer for first time in its long history were finally able to access the science on which this tool is based.

Others, such as industrial mathematician Graeme Wake have for years being saying that Overseer is flawed as a regulatory tool.

This begs the question, why hasn’t it been properly reviewed before now? Who stopped this? Did the owners of Overseer – AgResearch, MPI and the Fertiliser Association – honestly believe their product was fit for purpose as a regulatory tool to police water quality? According to Graeme Wake, Overseer is overly simplistic, relies on averages and has mathematical flaws.

Overseer is arguably an embarrassment. In regional plans there is embedded a tool that is now deemed unfit for regulatory purposes. Why?

OPINION: As the round of He Waka Eke Noa (HWEN) farmer 'consultation' meetings continue around the country, cracks seem to be appearing in the voices tasked with promoting its options of tackling farm emissions.

OPINION:As the dry begins to really bite around different regions of the country, farmers really need to take action to mitigate its affect - both on their livestock and themselves - especially heading into winter.