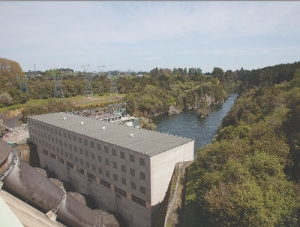 THE LABOUR Party and the Green Party recently announced plans to establish a new agency, New Zealand Power, to act as a single buyer of wholesale electricity.

New Zealand currently has $253bn of external debt and each 0.01% movement in the cost of debt adds $25m in interest payments.

The uncertainty caused by the Labour/Greens ‘nationalisation by stealth’ policy is likely to add up to 1% to the cost of debt to New Zealand, due to lenders requiring an increased return for lending to a nation with political and economic instability. The cost of capital for all New Zealand companies will rise due to the same factors.

A 1% increase in debt servicing costs for New Zealand’s overseas borrowing would in time add up to NZ $2.5bn a year.

In addition to higher financing costs for the economy as a whole, the Government would take about $450m a year less in dividends from the state owned power companies. These would need to write down asset bases by about 30% on an asset base of $15bn. This equates to $4.5bn of capital destroyed.

The flow-on effects to New Zealand’s listed power companies is just as detrimental. Analysis suggests share prices for Contact Energy, TrustPower and Infratil could on average fall by 20%. This is about $1bn loss of wealth for New Zealanders when adjusted for overseas ownership of these companies.

On top of this there will be a cut in dividends payable by listed companies of, say, 20%, further reducing returns to New Zealand shareholders. This will adversely affect many KiwiSaver schemes that have direct exposure to these companies. It seems inevitable, should the Labour/Greens proposal be enacted, that the listed power companies would take legal action, based on property rights. This is likely to be lengthy and costly, the Government footing much of the bill.

In conclusion, to save $700m per annum on our total electricity bill the direct and indirect costs of such a scheme would be about as follows: $2.5bn in additional debt servicing costs, $450m reduction in dividends, $4.5bn asset write-downs by state owned enterprises, $1bn of capital destruction among the listed power companies and a reduction of $100m of dividends per annum to New Zealand shareholders.

In addition, there will be highly skilled jobs lost as power companies reduce capital expenditure and development. In the short term this would not be an issue while demand catches up with supply, but by the time supply and demand are in balance it will be too late to add additional capacity in a timely manner.

OPINION: I'm extremely proud of the ongoing high performance of our primary sector, and to be part of a Government that is backing farming for the long term.