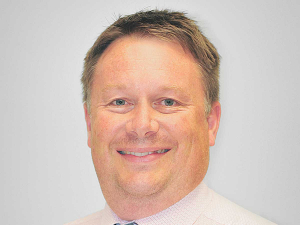 Beef + Lamb NZ's Will Halliday says things could be shaping this season as a bad year for FE.

Spore counts in Gisborne, Waikato and Tauranga are already at the threshold where farmers should be doing weekly monitoring and putting management strategies in place to prevent stock being affected by this production-limiting disease, warns Will Halliday, B+LNZ’s senior advisor for biosecurity and animal welfare.

He advises that these strategies could include avoiding hard grazing, moving stock onto available “clean” forage crops such as chicory or plantain, dosing sheep and cattle with zinc oxide boluses or drenches, or adding zinc oxide to cattle water troughs.

Halliday says FE is caused by the spores of the fungus Pithomyces chartarum (which grows on litter at the base of pasture) and affects more than just an animal’s face. The spores release a toxin which can damage the liver and bile ducts.

In some cases, the bile ducts may become partly or completely blocked. The liver damage results in photosensitivity and sunburn which are the clinical signs of the disease.

The fungus is ubiquitous, but when temperature and moisture levels are high, the fungus grows rapidly, releasing huge numbers of toxic spores.

“While FE spore monitoring has just begun for the 2021 season, nationally they are nearly twice as high as they were in January in the previous three years, indicating that if these climatic conditions continue, this could be shaping up for bad year for FE,” Halliday explains.

He urges farmers to keep a close eye on stock, looking out for signs of discomfort, photosensitivity and skin lesions.

“For every animal with clinical signs of FE – which are obvious skin lesions – there will be many more with sub-clinical disease, which is the invisible on-going liver damage that can cause major productivity losses, especially at mating, lambing and calving.”

Halliday advises that weekly regional spore counts are available on the Gribbles Facial Eczema website, which has been co-funded by B+LNZ. Many vets also have a spore count service.

He adds that spore counts now also feature in B+LNZ’s weekly e. Diaries, as well the organisation has a number of resources to help farmers understand and manage FE in both the short and long-term.

“In sheep, genetics offers a long-term solution to limiting the impacts of this disease.”