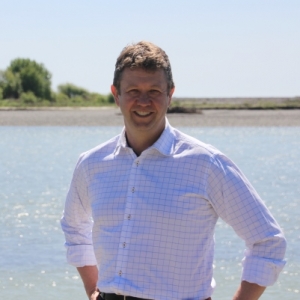 FEDERATED FARMERS appreciates Labour Party leader David Cunliffe including the Primary Industries in his State of the Nation speech.

"It may only have been a small part of a larger speech but it was pleasing to read and later hear what David Cunliffe had to say about New Zealand's primary industries," says Bruce Wills, Federated Farmers president.

"Having hosted Mr Cunliffe at our National Council last November, Federated Farmers will work constructively with all political parties who believe we can be more than we are today.

"It is our hope that Labour recognises the need for policies to support growth of our productive primary base as opposed to old fashioned tax and spend."

Wills says 70% of New Zealand's merchandise exports come from the primary industries, which, in turn, employs over 138,000 New Zealanders.

"Another way to look at it is that agriculture, forestry and fisheries employ more than three times the number of people working in information, media and telecommunications.

"That's just the tip because there will be many jobs in our growing manufacturing base due to the Primary Industries, just as there will be in transport and logistics too.

"Increasing the value of what we produce on-farm directly benefits every New Zealander because farmgate returns are injected directly into provincial veins of New Zealand's economy.

"We know from the renaissance of natural sustainable wool that value-add isn't just possible, it's essential. It is part awareness like the Campaign for Wool and part new business models like Wellington textile design house, The Formary.

"Only today, Synlait upped its milk-price forecast due in part to better returns from value-add exports. A story we see in other milk processors like Tatua and Miraka, as well as in a handful of truly innovative meat exporters.

"Of course, we look forward to fleshing Labour's policies out with them but there is some cause for optimism," Wills says.

Cunliffe's reference to primary industries in his State of the Nation speech was: "Everyone knows the world is changing, and we need to change with it.......

"That's why we will assist exporters hit hard in the pocket by a high dollar through reforming the Reserve Bank Act.
"And that's why we will to assist our primary industries to keep jobs and profits in this country.

"Because when raw logs, or bulk fish, or whole carcasses - rather than finished products - sail off our shores, so does most of the added value."