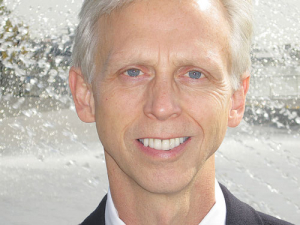 The US Food and Drug Administration (FDA) can no longer ignore the growing demand that it enforces its own regulations against fake dairy foods.

This is a welcome development for the entire dairy chain, which for decades has done a slow burn as the FDA turned a deaf ear to our complaints that standards of identity for milk, cheese and yogurt are being violated by an expanding list of plant-based imitations that are undeniably not dairy foods.

But now there is a welcome sign that our effort to challenge the mislabelling of dairy imitations has reached a tipping point: the passage of a resolution at the recent biennial meeting of the National Conference of Interstate Milk Shipments (NCIMS).

At an FDA gathering in Grand Rapids, Michigan to consult on milk safety issues with state milk regulators and industry groups like NMPF, attendees voted unanimously to ask the FDA to work with them to ensure the proper use of milk product labelling terms.

State officials have seen the trend all of us in the dairy sector have seen:  when the regulatory cop is not on the beat, clever marketers will capitalise on that void and violate long-standing food labelling standards by marketing almond ‘milk’, soy ‘cheese’ and rice ‘yogurt’.  And when the latest ‘milks’ are made from pulverised quinoa, algae and hemp, something needs to be done.

Through the NCIMS resolution, state regulators said clearly that they need federal supervision of all products labelled using standard dairy terminology. This wake-up call to the FDA not only should make things clearer for regulators and dairy marketers; ultimately it also will benefit consumers, who face a confusing array of imitation dairy products, all wanting milk’s halo without offering the same consistent level of nutrition.

This same concern is behind efforts on Capitol Hill to pass the Dairy Pride Act, which was introduced in the Senate and House earlier this year.

The DPA is Congress’s expression of distress about the FDA’s passivity in the face of an explosion of ‘alternative dairy’ foods that are in violation of the Code of Federal Regulations. The Dairy Pride Act doesn’t change those standards of identity; it merely requires the FDA to enforce what’s already on the books.  We’ve been working on a bipartisan basis with lawmakers to move the DPA forward. And I was encouraged by the recent endorsement of the DPA by the American Cheese Society: “cultured nut products” labelled cheese is yet another disturbing trend that needs to be challenged.

Also fascinating is how the makers of the plant-based imitations are responding to this pressure. On the one hand they’ve dissed the Dairy Pride Act, and the need for the FDA to take enforcement action. But at the same time they appear to be feeling the heat. A few weeks ago they held an industry meeting to discuss what compliance challenges their products may have with the FDA’s standards of identity. Despite their cheeky public disregard of FDA policy, these fake food marketers know they are playing fast and loose with labelling regulations in a way that exposes them to potential legal liability. They appear to recognise that their continuing to rely on the FDA to do nothing is a shaky strategy, placing their brands in jeopardy.

Certainly, there’s a market for dairy alternatives that, while small on a volume basis, is going to be filled by some non-dairy beverages. We have never contended that consumers should be denied that choice. But the purpose of government food standards is to prevent false and misleading labelling.

Co-opting the name, imagery and packaging of real milk, while not offering the same nutritional content, is false and misleading marketing. Other countries do a much better job of enforcing milk labelling terminology, which is why you will not see ‘almond milk’ and ‘soy milk’ on the labels on plant beverages sold in the EU, the UK and Canada. Their makers of plant-based imitations have found other ways to label their products.

One big irony is that if a dairy processor did what purveyors of these fake milks are doing – mixing dried dairy powders (like whey and lactose) with water and selling it in the dairy case as ‘milk’ – consumer advocates and the FDA would be howling “deception!”

Real milk is undeniably dairy. The imitators may try hard to deny their products’ origins by clever formulations and splashy packaging, but the FDA needs to deny them the use of dairy names.

• Jim Mulhern is the president and chief executive of National Milk Producers Federation, representing US dairy farmers and co-ops.