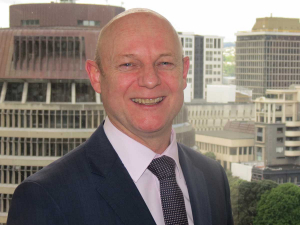 MPI boss Ray Smith says with the advent of the climate change proposals and the new essential fresh water regulations, MPI is gearing itself up to help farmers deal with these matters by getting more staff out into the field.

He believes that climate change is the biggest challenge of this generation.

“When I first started it was obvious to me that MPI had lost its outreach and in a sense it had lost some key relationships,” Smith told Rural News.

“So we have built an agricultural investment service that has started to put that back and we have more people now based regionally. They have tended to deal with adverse events and things like that, which is good. But I am keen to build that service even further so we can stand alongside farmers and be an independent voice.”

He says the aim is get back some of what was lost many years ago with the demise of the Farm Advisory officers.

Smith believes that most farmers want to make the right decisions but are sometimes stymied because they don’t know where to turn for the best independent advice. He says MPI has a role to play in this area and consequently plans to expand its advisory service. He says there is a need for more qualified people to point farmers in the right direction on environmental issues.

“I think Fonterra is doing quite an exceptional job on this,” Smith told Rural News.

“Nobody is perfect, but I think they have really stepped forward and they have put a big investment into this. They are not the only ones, but I have been quite impressed with the plans I have seen. For example, I was out on a farm in the Wairarapa recently where the farmer had his farm plan and [was] trying to follow it, which I think that is great.”

But Smith concedes that there still needs to be better integration and collaboration across the wider agri sector. For example, MPI is now working much closer with regional and local government to the benefit of both parties.

He’s hopeful that integrated farm plans will bring industry groups together and that there will much improved data sharing. Smith sees MPI as a facilitator of outcomes in the agri sector – bringing groups together and creating partnerships that agree on key strategic objectives and collectively deliver on these for the benefit of individual industries and NZ as a whole.