Three from three for MIE 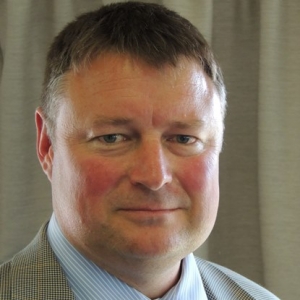 ANOTHER TWO Meat Industry Excellence group-backed director candidates have been elected to a meat company board making it three from three for the reform lobby.

Coming on the back of Don Morrison's election to the Alliance board (December 13) Young told Rural News "it's a pretty resounding result in favour of a mandate to change."

"It's certainly gratifying to see the amount of support we got from farmers and shareholders of the two cooperatives. There was a good voter turnout and we share a sense of responsibility to those shareholders now."

Chairman-elect of Silver Fern Farms, Rob Hewett, says increased turnout reflects the understanding of a need for real reform across the industry.
"We are acutely aware of the need to keep up momentum for reform."

The MIE-backed candidates' objectives are aligned to Silver Fern Farms' vision, particularly the call for farmers to support cooperatives, he adds.

"So we take great heart in that farmers have voted for such a movement and we look forward to increased farmer support at an operational level."

Hewitt says SFF has been progressing options for industry change over the past 18 months, so the newly elected directors' farmer support base "will be invaluable" as SFF continues seeking ways for farmer ownership to drive change and improve farmer control of the sector.

"The board is investigating options for change. Farmers now need to step up and jointly drive that momentum for change. The next step for farmers is to see increased numbers of farmers exclusively supplying their cooperatives."

Young says he's encouraged by Hewitt's comments, but says he still believes "the discussion" about getting the two cooperatives together needs to be had, with independent analysis and the resulting value proposition put to shareholders.

In the meantime, he re-iterates the "support your cooperative" message, if you believe ownership of the value chain beyond the farm-gate is the way forward.

"I definitely do. If we lose ownership of the value chain we will be peasants at one end of it."
MIE chairman John McCarthy says he's delighted all three of the candidates they backed made it onto boards, but stresses the job's not done.

"We're not stopping here. We will continue to agitate for change, in a positive manner. This is the start, not the end of our efforts."