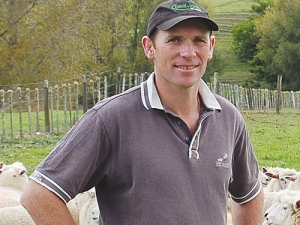 BLNZ chair James Parsons (pictured) says it's time for the sheep and beef sector to pull together and focus on the future.

The two remits put up by MIE at the BLNZ meeting – one to fund the lobby group and the other to replace the two meat processor appointees to BLNZ board with MIE members – both failed to garner any more than 25% support.

BLNZ chair James Parsons says it's time for the sheep and beef sector to pull together and focus on the future. MIE won't like this message, but he is actually right.

There is no doubt, as Parsons has also noted, that MIE is made up of passionate and committed farmers who are pushing for a better sector. However, despite this passion and commitment, they have not succeeded in convincing the majority of red meat producers to support them or their cause.

MIE's Pathways report – which, among other things, strongly promoted the Newco model and merger of Silver Fern Farms and Alliance Group – was firmly rejected when SFF farmer shareholders overwhelmingly voted in favour of the merger with Chinese investor Shanghai Maling.

After this vote, many of the lobby group's leaders and members recognised they had lost the battle and decided to move on.

MIE's claims that the votes for both the SFF decision and BLNZ remits are somehow void due to the low turnout of farmers who actually cast their ballots is ridiculous and facile. That's democracy, and if farmers didn't bother to vote – then so be it. It would be like the Government dismissing the result of the recent flag referendum because fewer than 100% of New Zealanders bothered to cast their votes.

MIE cannot realistically complain that it has not had financial support from BLNZ – even if it was given begrudgingly.

In all, BLNZ has provided around $297,000 to the group. There was $40,000 for farmer awareness meetings when it first started. In April 2014 another $20,000 was provided for MIE's business plan and funding application and then, in July 2014, another $237,000 for its Pathways Report and communications strategy.

MIE has had a fair crack and it is time the group moved on. Continuing to argue it cause and throw rocks at the sector from the sidelines will only end up seeing its legacy further tarnished.

Farmers are being urged to act now in response to new COVID-19 protocols for processing companies that will impact processing capacity.

Wairarapa farmer Kate Wyeth has been appointed this year’s associate director on the Beef + Lamb New Zealand board.

COVID-19: Advice for the meat industry

Beef + Lamb NZ (B+LNZ) has released a series of documents to assist farmers in operating under Alert 4.