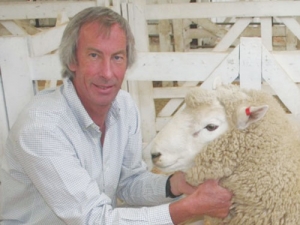 Ironically, it appears that only thin Chinese walls seperate the members of this curious group.

At the heart of this group is John Shrimpton, a British ex-patriate Canterbury landowner with huge investment interests, based in Vietnam. He is reputedly SFF's single-biggest individual shareholder.

Shrimpton is a co-founder and director of the Vietnam-based investment fund Dragon Capital Ltd. Founded in 1994, the Virgin Island-domiciled company is said to be the oldest foreign investment firm in Vietnam, with total assets under management worth around $US1.25 billion. Dragon Capital has a presence in Ho Chi Minh City, Hanoi, UK, Bangkok and Hong Kong.

Alongside Shrimpton is Canterbury farmer, SFF shareholder and former Meat Industry Excellence (MIE) group executive member Blair Gallagher. Shrimpton and Gallagher are leaders of the 80 disaffected SFF shareholders who have forced SFF to hold a special meeting over the Shanghai Maling deal. The Gallagher/Shrimpton group has mustered the required 5% of shares (thought to be around 6% with the vast majority of these shares held by Shrimpton) to force the special meeting.

Investigations have discovered that another former MIE member, and the ginger group's ex-chair, Ohakune farmer John McCarthy, is also closely aligned to Shrimpton. McCarthy is a director of Shrimpton's Glenthorne Station Ltd, his appointment occurring – according to company records – on October 19 last year, just three days after the SFF shareholders overwhelmingly voted in favour of the Shanghai Maling deal.

Peters has loudly opposed the deal and has made many statements condemning it and the SFF board and management. He has also lodged complaints with the Financial Markets Authority (FMA) and the Companies Office registries integrity and enforcement team relating to the proposed joint venture between Silver Fern Farms and Shanghai Maling. Peters has called on the Overseas Investment Office to suspend its deliberations on the SFF/Shanghai Maling merger until his complaints are dealt with.

Rural News also understands that Peters' taxpayer-funded chief of staff – and ex Federated Farmers media manager – David Broome has been helping the group with its media messaging and communications.

An ironic twist is that NZ First has been a harsh critic of foreign ownership of NZ farmland, but there is no record of either Winston Peters or NZ First criticising the Overseas Investment Office approval for Shrimpton to purchase the Canterbury properties Ryton Station for $23.5 million and Glenthorne Station for $16m in 2008-09.

Rural News asked a number of questions of NZ First earlier in the month, about its involvement with MIE, Shrimpton and SFF, but the party has refused to answer any question. Despite Peters' outspoken criticism of the deal – and of SFF's board and management – neither he nor any NZ First representative has ever met with the company to outline the party's concerns.

Meanwhile, as of last week, SFF had still not received the necessary paperwork from the Gallagher/Shrimpton camp to enable it to call the special meeting. The company says it is unable to set a meeting date until this information is received. This follows a refusal by the disaffected group to meet with SFF about its concerns, and its withdrawal from a scheduled meeting with the SFF board in early May.

SFF says the invitation to meet with the group remains open.

The nub of the Gallagher/Shrimpton argument for demanding the special meeting centres on its claims that the original vote at the special resolution -- the one that overwhelmingly approved the Shanghai Maling deal -- was not declared a 'major transaction' requiring a minimum of 75% of shareholders votes under SFF's constitution.

However, it is questionable whether the argument will hold up, given that the 82% of the 67% of SFF shareholders who did participate in the original October 2015 vote were in favour of the deal.

SFF considers the special meeting requisition a waste of management time and resources. Chairman Rob Hewett says shareholders have already voted overwhelmingly in favour of the deal and the company would be in breach of contract if it pulled out. SFF also says there would be no legal obligation on the company from the result of the special meeting.

In the meantime, the deal that will see Shanghai Maling pay $261 million for a 50% stake in SFF will go unconditional on June 30. The last part of the agreement needed, before it can go unconditional, is OIO approval.

SFF chief executive Dean Hamilton says the company is unsure when the OIO decision will be made, but the company expects this in the next couple of weeks. That is, of course, if the peculiar alignment of Shrimpton/Gallagher et al does not impact on the deal before then.