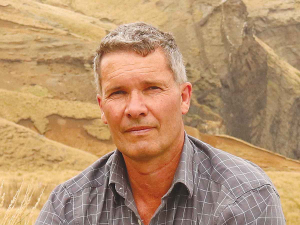 Hawke's Bay vet Richard Hilson says, as well as dealing with drought and COVID, farmers are being put under unnecessary pressure by government demands.

He says towards the end of Alert Level 4, farmers needed to talk to people – their neighbours and others. He believes many felt they were being backed into a corner, on their own, having to deal with the drought.

Vets, says Hilson, were in a unique position to help farmers in this respect. He says when a vet goes on a farm they usually work with a farmer, unlike someone who comes on to fix a machine. He says vets are people that farmers more likely form a relationship with, chew the fat and have a laugh.

“But right now, half the time it’s talking about animal health and the other half, human health. As a vet you are aware of what other people are going through,” Hilson told Rural News.

“At our staff meeting, I made the point that if people come into the shop and they want to talk to you, please stay with them – don’t fob anyone off – we don’t mind if you spend time with them.

One of my staff said a guy who rang up the other day is someone she would normally only have a 30 second conversation with, but says he was still on the phone after 30 minutes. I said: ‘good on you – you have made his day’. It just goes to show how bad it really is out there,” he says.

Hilson says as well as the drought and COVID, farmers are having to deal with M. bovis and, in parts of the region, an outbreak of TB.

He says the Government has put unnecessary pressure on farmers demanding they apply for consents for the Tukituki catchment scheme. Federated Farmers have already asked Environment Minister David Parker to give them more time to apply for consents because of the drought and COVID, but he has refused.

Hilson says the Government attitude stuns him and warns that stressing farmers like this could have fatal consequences.