None of our business! 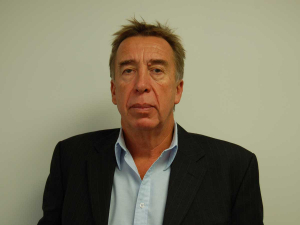 Open Country Dairy (OCD) chairman Laurie Margrain has refused to be dragged into any debate regarding milk processors taking the COVID-19 wage subsidy.

A nasty public spat erupted last month between Fonterra and small Southland-based milk processor Mataura Valley Milk over the subsidy. The majority Chinese-owned Mataura Valley – and a couple of other dairy processors – copped some flak for taking the subsidy, while still managing to operate during the lockdown.

This saw Mataura come out and defend its stance in an update to farmer suppliers. The company told suppliers it had opted not to process Fonterra milk during the lockdown because Fonterra “had lower controls than we have put in place”.

Mataura, which makes infant formula, processes milk bought from Fonterra at a regulated price under the Dairy Industry Restructuring Act 2001 (DIRA), as well as from its own farmer-suppliers. The company claimed the consequences of not processing the Fonterra milk “comes at a financial cost that met the Ministry of Social Development criteria for the wage subsidy”.

However, when Fonterra boss Miles Hurrell heard about this he responded on social media website Twitter, noting Mataura received “subsidised” milk from Fonterra farmers. Irked about the comment about Fonterra’s lower controls, Hurrell caustically tweeted: “Not sure a subsidy is justified if they chose not to process all milk available.”

Like Fonterra, OCD did not take the wage subsidy, but unlike Fonterra, it has steered clear of making any comment on the issue.

“You will note that we have stayed out of the controversy regarding some milk processors availing themselves of taxpayer funded financial assistance,” Margrain told suppliers in a recent newsletter.

“We are clear about what we are doing and that does not include seeking such assistance. Only the companies implicated in this can talk to their decisions.”

Margrain says OCD has preferred not to make any comment on what others have done, preferring to “look to our own state of play”.

Meanwhile, he says the country’s second largest dairy processor is “as confident as ever” that NZ dairy farmers and processors produce the products the world population needs for high quality foods.

“There are going to be periods of reduced returns from international marketplaces, but the medium to longer term trends will remain positive and we must work even smarter to take advantage of this.”

OCD chair Laurie Margrain says the recent Budget largely ignored the primary sector – despite it being the key industry to drive our economic recovery post Covid-19.

“You would have to say that the sectors being relied upon to trade our economy out of the significant hole it is in were largely ignored in the Budget process,” he told suppliers in a recent newsletter.

“Open Country had little expectation of something more visionary and supportive of the rural sector. I guess to that extent we were not, therefore, disappointed.”

Margrain told suppliers it was very difficult to give any remotely “intelligent” update on developments in relation to government policy or economic trends.

He also had a crack at the incessant and simplistic messaging from government and officials during the Covid-19 process.

“If you are like us, you’ll be a little tired of being told to wash your hands, be kind and stay vigilant,” he quipped. “Just how many times do we need these reminders?”

The country’s second-largest milk processor is warning its suppliers to expect lower milk prices in the months ahead as milk supply around the world increases.

For the country’s two largest milk processors, it’s business as usual: milk is coming in, being processed and products shipped to offshore markets without any major hitch.

The country's second-largest dairy processor says its supply chain is being managed tightly around the Covid-19 outbreak.