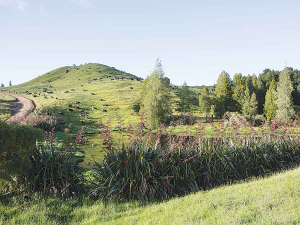 Over the last eight months the dairy lobby has advocated for an evidence-based and pragmatic approach to freshwater regulation.

DairyNZ chief executive Tim Mackle says it is pleased to see the Government has listened and made significant changes to some of the more controversial elements of their original proposal.

However, there’s still a sting in the tail, says Mackle.

“Like all New Zealanders, dairy farmers share ambitions for healthy waterways and have invested a lot of time and money for over a decade in improved management systems, upgrading effluent systems, riparian planting and fencing streams to exclude cattle.

“Looking at where the policy has landed, it appears that the Government have taken a better approach in terms of scientific rigour and practicality for farmers on the ground.”

The Government have parked the dissolved inorganic nitrogen (DIN) measure and removed the impractical and expensive requirement for farmers to move existing fences to meet new stock exclusion guidelines, two policies of great concern for farmers.

But DairyNZ is also concerned that the minister intends to revisit the DIN in 12 months.

Mackle says the proposed 95% protection standard will severely affect farmers in catchments who are already taking significant action towards reducing their footprint in line with new Regional Council policy plans.

For example, in Canterbury’s Selwyn and Hinds zones farmers are already working towards a 30% reduction in nitrogen. Under these new regulations, these reductions may need to increase to 70% to meet the standards being proposed.

“The Government and regional councils need to take a more nuanced approach when it comes to rolling out plans in regions where farmers are already undergoing significant change due to recent nutrient limits.”