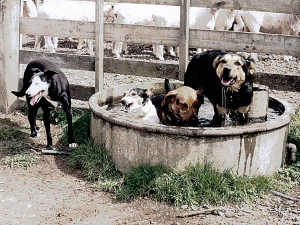 He says one of the challenges with reducing sheep measles levels is that surveys show farmers buying in store lambs to finish have a higher prevalence than those finishing their own lambs.

“This is occurring despite the fact that the surveys show both groups are getting the same level of control,” Lynch adds.

“This leads to a situation where the store lamb finisher is contacted about their high prevalence at processing. However, the problem is with the breeder, who is out of the feedback loop.”

He says this is further complicated by the fact that, in nearly all cases, store lines are mixed – so the identity of the originating farm is lost.

“However, most farmers will at some point finish lambs and will likely be part of the NZ Farm Assurance Programme,” Lynch adds. “This means they will be treating their dogs four weekly and reduce the chances that they will unknowingly sell infected lambs to finishers.”

Meanwhile, Lynch adds that the national prevalence of sheep measles for the current processing season, to the end of May, is in line with the record low of last year.

“Although, in recent months, the North Island lamb prevalence is tracking slightly ahead of last year.”

Lynch says that one factor noted during farm visits is farmers who have had few sheep measles in recent seasons have been reducing on-farm dog treatments.

• Treat all sheep or goat meat by freezing or cooking

• Deter or ban all external dogs from entering farm unless, they have a current treatment certificate.