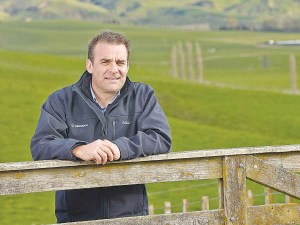 One of the greatest threats of our time, potentially on a scale larger than Covid-19, is antimicrobial resistance, or AMR.

In a rare case of stars aligning, a research partnership between local scientists tackling global microbial resistance and a New Zealand teatspray manufacturer has advanced both the science of sanitizer formulations and mastitis prevention.

Professor Cook’s bio demonstrates the breadth of this work in this field: “Research in my laboratory is focused on developing bacterial metabolism and energetics as a new target space for drug development to combat bacterial pathogens in humans and treat and prevent disease in food animals and plants. The goal of this work is to produce new and fast-acting drugs that will address the issues of antimicrobial resistance and persistence.”

His focus is primarily on human health, which inevitably led to discussions with people in food production and agriculture, particularly around mastitis – a disease with an annual treatment bill of $280 million in New Zealand alone, and in other countries around the world, part of the growing AMR crisis.

Cook teamed up with Kiwi-owned agrichemical company, Deosan, to advance the science around teatsprays – essentially, sanitizing products that prevent infections in the first place, reducing the need for antibiotics later on. The compounds in teatsprays that kill the bugs have what Cook describes as broad-spectrum activity – they kill all the microorganisms that cause mastitis.

“Deosan invested in seed funding five years ago,” says Cook. “This culminated in a successful research program where, between Otago University, Auckland University and Deosan, we have patented a completely new class of compounds that can be used in sanitizers – this is world leading research and we are now set to support Deosan to commercialise this innovation.”

Deosan managing director Kip Bodle says the work with Professor Cook on teatsprays sharpened Deosan’s focus onto what is best for the cow, rather than a marketing-led mindset of ‘who’s got the highest level of active ingredient’.  What is best for the cow is not formulations loaded with unnecessarily high levels of ‘actives’, it is formulations that enhance the cow’s natural defence mechanisms.

“Enhancing rather than hindering its natural defence mechanisms against mastitis is more about skin condition than killing bugs,” says Bodle. “So we started by reviewing our surfactant formulation to maintain a very fast penetration speed into the skin surface, then on emolliency to support skin condition, and then the level of active ingredient to kill mastitis bugs. So in essence, we now have a very fast acting version of TeatX with 30 per cent more emollient for skin condition.”

Bodle says the Draves Wettability test, which measures surface tension and shows how quickly a product can penetrate into the skin, showed TeatX penetrated in less than one second while comparable products took at least 30 times that.

“Surfactants are used in advanced formulations like TeatX to ensure the product is stable, but also to transport the active ingredient and emollient into the skin surface. I will give you an example: Water has a surface tension of around 70.  TeatX has a surface tension of 30. If you look at your hand you can see all the cracks and grooves on it. Well we are dealing with bugs that are microscopic, so it is essential that the active ingredient gets in contact with the bugs. If we pour water over our hand it will run off – low surface tension makes sure that the ingredients get into the skin surface to do their job.”

Bodle says the critical message here is that the performance of a good teatspray is in many ways more about the surfactant formulation than it is about levels of active ingredient or emollient. If it doesn’t get into skin it is probably a waste of money.

He says that in the current environment there have been extremely high commodity prices for one of the active ingredients, chlorhexidine, due to the Covid crisis. However, his company has managed to keep pricing comparable with current product, which is obviously good news for farmers.

“With the cost savings we achieved in being able to lower the level of chlorhexidine, we then invested in the latest surfactant technology and lifted the level of glycerine,” Bodle says..