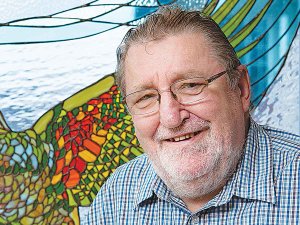 He came to New Zealand in 1865 as a 19-year-old farm cadet at the Levels in South Canterbury. By the age of 32 he was general manager of the New Zealand and Australian Land Company, which held some 3,000,000 acres in the South Island, in Victoria, New South Wales and Queensland, some of which Davidson sold off to small holders. In 1882 he supervised the loading of the first exports of frozen meat at Port Chalmers and welcomed the Dunedin when it reached London.

That Davidson does not appear more prominently in our general histories reflects their neglect of the central role of farming. It is a strange omission, probably the result of the urban base of the writers, the tendency to imitate foreign histories with their focus on industrialisation and their lack of interest in the economy.

Brian Easton’s new book Not in Narrow Seas: The Economic History of Aotearoa New Zealand could not ignore farming. The sector has dominated the economy from the beginning of European settlement. Earlier, in fact, as he shows for the Māori economy through to the middle of the 20th century.

In 1921, a third of total market employment was on farms. Add in those servicing farms and involved with farm products beyond the farmgate and the farm sector was probably half the New Zealand economy.

Farming’s share in the economy is smaller today, but to look only at farm production and ignore the servicing and post-farmgate activities, as a recent study did, is foolish. Moreover, the farm sector remains the biggest generator of foreign exchange which, as the history shows, has been the central challenge to a viable New Zealand economy.

If general histories have tended to neglect farming, there are specialist farm histories, monographs and histories of individual farms.

The difference with this book is that it synthesises them, along with Easton’s own research, to make farming an integral part of New Zealand’s history.

It always has been. But in this wide-ranging history, which begins with Gondwanaland 650 million years ago and ends with the Ardern-Peters Government and climate change, Easton tells it like it is and was.

• Not in Narrow Seas: The Economic History of Aotearoa New Zealand by Brian Easton is published by Victoria University Press and is available in bookshops.

A new book, launched in style with a Hawke's Bay Winegrowers' function held at the Mission, salutes the vineyards, wineries and people that make up the 166-year history of the region's people, vineyards and wineries.

Anti-dairying and academic Mike Joy is taking his campaign further.