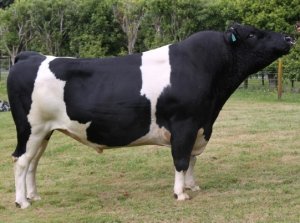 'The Billion Dollar Scheme' is the work of dairy farmer owned cooperative, LIC, which, according to author and LIC communications manager, Clare Bayly, is the only organisation with the heritage and records able to "pull the story together".

"Our roots go back to 1909 when dairy farmers got together to compare and improve the production of their herds and it wasn't long before the industry realised that improving dairy herds lay in identifying and proving great bulls.

"In the 1940s, around 60,000 bulls were used on New Zealand dairy farms to sire the next generation of dairy cows. Cows were getting in calf, but only one third of the resulting progeny were better than their mothers – with another third about the same, and the remaining third, worse.

"The emerging science of artificial breeding held the key to identifying and enabling widespread access to elite genes – but the technology wasn't enough, in itself. To be successful, artificial breeding needed access to bulls whose daughters had been proven to be productive and profitable on New Zealand dairy farms.

"This scheme, known as the LIC Sire Proving Scheme, began in 1961 and 50 years on is responsible for generating sires which have generated more than 17 billion dollars to the New Zealand industry and economy, and three out of every four dairy cows on New Zealand dairy farms today."

Bayly says the book has been written with farmers in mind. "We didn't want to produce a weighty historic archive which might never be read, so instead we did our research, got the facts but supported these with interviews with the people who were involved in the industry over the last 50 years. These include farmers, researchers and scientists.

"It's been said that there wouldn't be a dairy industry today without the Sire Proving Scheme that this book celebrates," Bayly says.

"The Billion Dollar Scheme' will be launched at LIC's base at Newstead, Hamilton on March 14 attended by a large number of past and present farmers, researchers and industry leaders. A copy of the book will be mailed to all LIC shareholders and is also available to other interested parties, on request.