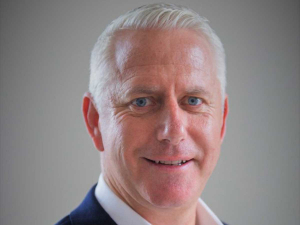 However, it was not without its challenges, he concedes in the company’s annual report.

“Over the past few years, our financial performance has been weak, with market forces putting pressure on our operating model and our investments for the long term yet to see yields.

“To unleash our full potential, we had to evolve. This hasn’t been easy and some of the decisions we’ve made have been tough, but they were needed.”

He claims the company is now one year into its three-year roadmap for growth, with “many green shoots are coming through”.

An “enviable” premium position was built in the United States for Envy, with sales revenues increasing by 43%.

The transition continued to premium apples, including the re-planting of some orchards.

“While this has had a cost impact, it’s vital for setting us up for the future,” says Edgecombe.

The company divested low returning or non-core assets to use cash more productively and re-invest it into capability and infrastructure to support our future growth. This included the sale of its Mt Wellington site in Auckland for $65 million.

“We’re one year into this plan and expect it to take another few years to see the value. We see a strong future for these emerging categories.”

The company is boosting its in-market sales presence in Asia and moving globally towards a world-class sales model.

Edgecombe says the International Produce division had a strong close to the year, increasing revenue by 14%, to $305.1 million, largely driven by its Asian trading business boosting revenue by $40.6 million.

“A critical aspect of realising the potential of our Apples division is the increased focus on premium varieties. In 2019, this saw us re-planting some orchards which, while vital for setting us up for the future, had a cost impact,” says Edgecombe.

“In the United States, as a result of bolstering our sales and marketing expertise and an integrated activation programme, we accelerated the growth of our premium apple brands, delivering 43% growth in Envy sales.

Meanwhile, favourable growing conditions in NZ throughout 2019 resulted in an abundance of supply.

“This adversely affected sales values across most product groups, resulting in a 2% decline in revenue for our New Zealand Produce division, to $227million.”

T&G Global are predicting that their Envy apple will become a billion-dollar brand by 2025.