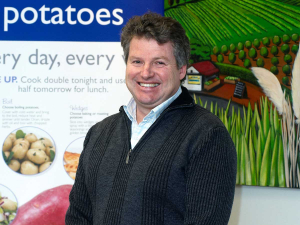 The New Zealand potato Industry remains a billion dollar plus industry, despite the challenges brought about in 2020.

“55% of our locally grown potatoes produce fries and another 12% produce crisps. A strong domestic market for NZ processed potatoes underpins our industry and maintains our growers’ resilience,” Claridge says.

He says the findings from the report into European dumping released by the Ministry for Business, Innovation and Employment (MBIE) in May 2021 are disappointing for growers and the Potatoes NZ board.

MBIE found the confirmed dumping of imported potato fries into the New Zealand market were not of material threat to the local industry, which Claridge says signals to New Zealand importers and European exporters that the New Zealand government is leaving the gate open.

“The obvious risk here is a real material threat to our domestic potato processing market and our growers,” he says.

A South Canterbury dairy farmer has been fined $30,000 for breaching employment entitlements of 24 workers.