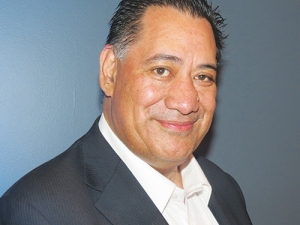 The production of a large Maori kiwifruit collective could double next year as more of the SunGold G3 variety comes on stream, says Neil Te Kani, the group's chair.

Te Awanui Huka Pak (TAHP) is a company consisting of 19 Ahuwhenua Maori trusts that produce kiwifruit and market it through Zespri. These trusts are mostly in Bay of Plenty and Waikato. While TAHP is an independent Maori collective, it operates as a subsidiary of the large Seeka kiwifruit group.

Te Kani is a member of the Seeka board and on a number of the 19 trusts that supply the group.

He says Te Awanui Huka Pak was formed in the 1980s and has grown hugely as the kiwifruit industry has expanded. The collective now sells 2.5 million trays through Zespri, but Te Kani doubling then trebling as more Maori trusts come on stream – through organic growth within the Tauranga Moana catchment and new developments by external trusts.

"Most of the orchards that produce G3 are coming into maturity. We have a mix of green and gold; at present this is 70:30 in favour of green. But as G3 comes on this will start equalising and eventually it could be close to 50:50," he told Rural News.

Te Kani says one reason for the success of TAHP is the close relationship it has built for years with Zespri who market all its fruit. He says Zespri has an excellent value chain to 53 markets and this works well for his organisation. Before Zespri was formed there was angst between Maori and the Kiwifruit Marketing Board, but says this has now changed.

"Zespri has treated us with the respect we deserve and that has given us huge confidence in the relationship. They have bent over backwards to see our point of view and we understand where their commercial priorities lie," he explains. "So having a person like chair Peter McBride and chief executive Lain Jager -- whom we can have immediate access to – gives us a great level of comfort, not only for TAHP but for all Maori growers as well."

Te Kani believes TAHP brings great value to the table for Zespri as a potential partner in co-branding. He says the Maori story fits in well with Zespri's marketing strategy.

Part of the co-branding story recognises Zespri's commitment to 'Te Ao Maori' (The Maori World). Te Awanui Huka Pak's mission is to develop a Maori strategy within Zespri of which co-branding is a part. We want to go into the market knowing we have Maori and Zespri's interests at heart. Determining where the value proposition lies while maintaining focus on the single point of entry is vitally important.

"We believe we have a compelling story to tell and one that adds value to all growers," he adds.

Is Red the new Gold?