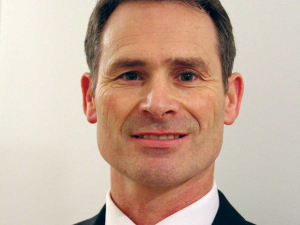 Chris Parsons will take over as chief executive of the NZ Rural Leadership Trust in May.

A Northland man with an extensive and high profile military career will take over the NZ Rural Leadership Trust in May.

Chris Parsons will replace as chief executive Anne Hindson – who steps down on April 30. Hailing from the Far North, Parsons has a sheep and beef background and co-owns Ashgrove Genetics.

Parsons, still currently in the UK, told Rural News the world is at a critical juncture.

“We need leaders who can feed a world of 9.8 billion and protect the planet in the process,” he says.

Parsons believes in New Zealand’s potential to lead the world in tackling these challenges. We are world leading in the agricultural sector.

“At times that message is lost in all the noise of the challenges that face us with climate change, changing views on consumer norms, the changes around the world in terms of markets and supply chains and the like.

“So we have much to be proud of and much we can and must offer not just to our own sector but also across the world.

“New Zealand in every sector, but including agriculture, has some of the brightest minds and talented people as you will find in any country.

We should have a “bold ambition” for agri leaders he says and that is shared by the Rural Leadership board.

“I am keen to do my part in telling that story and finding and activating the talent that we might have.”

Parsons joins New Zealand Rural Leaders after a successful military career that has included roles in electrical and mechanical engineering, logistics, Special Forces and multiple international roles. Between 2015 and 2017 he was the Deputy Chief of Army. His most recent posting is a defence diplomacy role as the head of New Zealand’s Defence Staff in the United Kingdom and Europe.

He says New Zealand is viewed positively overseas for its response to challenges, ease of doing business and integrity of our systems.

“We are just going through a FTA (free trade agreement) with EU and those sorts of things are always tightly negotiated so we have to be on our game,” Parsons told Rural News.

“You are only ever as good as your last game so we have to keep innovating and keep bringing through bright young talent so they can lead us into the future.”

Watters also acknowledged Hindson, saying she had been crucial to the establishment and development of New Zealand Rural Leaders, which runs the Nuffield Scholarship and the Kellogg Rural Leadership Programmes.