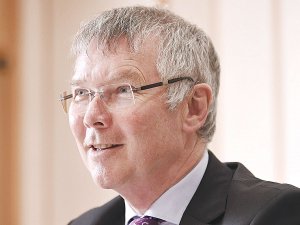 Environment Minister David Parker says the Resource Management Act is not working as well as intended and he is planning a comprehensive overhaul of the legislation.

The RMA, introduced nearly 30 years ago, needs a cut in its complexity and costs to better enable urban development and environmental protection.

Parker sees as unacceptable this cornerstone law ‘underperforming’ in a country that values environmental protection and decent housing.

“Our aim is to produce a revamped law fit for purpose in the 21st century. While not the sole cause of the housing crisis, planning rules are partly to blame. Environmental outcomes have been disappointing and freshwater quality has been going backwards.”

Parker claims amendments made to the RMA since 1991 have added to its complexity. He says it is close to twice its original length, making the legislation more and more unwieldy to interpret and hampering its effective implementation.

And there has been too little spatial planning in and around growing urban areas.

“We need to create a system that better enables economic growth within environmental limits and which aligns the economy with the environment. Further ad hoc patch-ups and work-arounds are not the answer. We need a thorough overhaul of the law,” he says.

The overhaul will be led by a panel chaired by retired Appeal Court Judge Tony Randerson, who Parker says has extensive legal and resource management expertise. The panel is expected to propose reform by mid-2020, including drafts of key legislative provisions.

These are urgent and cannot wait for the RMA comprehensive reform plan, Parker says. He hopes a Bill to amend the current RMA will be introduced in the next few months to address these urgent issues pending the comprehensive rewrite.