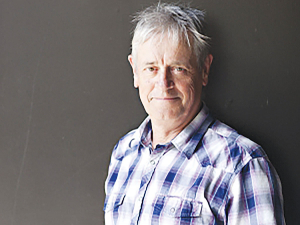 It is a new, exceedingly virulent virus, which is likely to do more damage to the New Zealand economy in the long-term than COVID-19, if left unchecked. I am calling for an immediate lockdown – total elimination is essential to prevent New Zealand agriculture slipping back to the dark ages.

It is coded RA 20, but the full medical name is “Regenerative Agriculture 2020”. RA 20 is believed to have originated in the Great Plains in America. It quickly spread to the Australian Outback and then hopped the ditch to New Zealand.

Interestingly, like Covid-19, it is particularly severe in those weakened by other complicating factors.  Some victims are known to have no knowledge of the important values of science, evidence, logic and reason. Another cohort includes those who know little about the principles of soil fertility, pasture management and animal husbandry.

Of immediate concern for the authorities is a cluster centred on Lincoln University. A group of about 200 otherwise healthy folk recently attended the Organic Dairy and Pastoral Group (ODPG) conference where, unfortunately, they were infected by evidence-free thoughts and opinions.

The attendees were told by an Australian (confirmed case) that RA20 is a whole ecosystem approach to farming, which mimics natural processes and that famers should “basically go with whatever nature did.” There was no suggestion that this might result in the destruction of their livelihood as nature goes about doing what it does – reverting to the ‘native’ ecosystem.

Thankfully, a local farmer (suspected case) fleshed this out saying that, “his philosophy is just to throw a bit of everything edible at his fields and discover what will grow lushly.” The end result, attendees were told, is: “A confection of greenery twisting and climbing over itself in a bid to reach the sun.”

Armed with this ‘evidence’, the attendees were told “that Aussie farmers who have embraced RA are much more profitable than conventional farmers” and were getting “100% yield on 20% of the inputs.”

Soils do not make nutrients – they store them. Nutrients removed from the farm in products, must be replaced. If they are not, the soil fertility will decline. Adding nutrients as fertiliser is thus an important part of the sustainability equation.

However, RA20 infected people believe they are above this ‘scientific’ (read ‘man-made’) fact. They appear to believe they can farm without fertiliser.

In fairness to those with the RA20 infection, there is one forage plant – clover – that farmers use in abundance, which “produces its own fertiliser.” I refer here to white clover fixing nitrogen from the atmosphere.

White clover plants hate being shaded, a consequence of their prostrate growth habit. But RA infected brains emphasise the importance of letting pastures grow lanky and they do not approve of hard grazing.

This they argue will allow the plant roots to go deep, minimising the effects of droughts and taking carbon-storage deep into the soil.  But this divined plan will minimise clover growth and hence the amount of clover N fixed.

Heard of AMP - Adaptive Multi-Paddock grazing? RA infected brains are full of it. AMP is nothing more than a smart-arsed acronym for rotational grazing. If this is what defines RA, then every pastoral farmer in NZ is big-time into RA. And they have done this not because it is a fad, but because they have – in their own interests and for the good of the nation – applied science in the farm.

Let’s close the borders on this RA nonsense before further damage is done to our hard-earned science-based pastoral agricultural system.