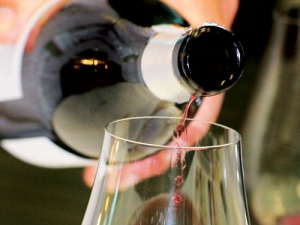 New Zealand wines have notched up a record number of top awards at the prestigious UK-based International Wine and Spirit Competition (IWSC).

New Zealand beat entrants from all over the globe to take home both the IWSC Pinot Noir and Sauvignon Blanc Trophies, as well as 20 gold medals across one of the widest spread of styles and varieties ever seen from New Zealand at the competition.

"The standard of New Zealand wines entered into this year's competition was extremely high," commented New Zealand-based wine writer and judge, Jo Burzynska, who was a New Zealand panel chair at the IWSC this year. "It was also great to see such a range of varieties winning top awards, as well as some exciting diversity in the Sauvignon Blanc classes that saw a number of complex older barrel fermented Sauvignon Blancs rewarded."

New Zealand has historically put in a strong performance with Sauvignon Blanc and Pinot Noir wines at the long-established competition. However, with top awards this year spanning Sauvignon Gris to Syrah, Pinot Gris to Gewürztraminer, as well as a number of older barrel fermented Sauvignon Blancs, the results reinforced the message that New Zealand is no one trick pony on the international wine stage.

Gold medals were awarded to the following New Zealand wines: