Is a Code of Conduct on its way? 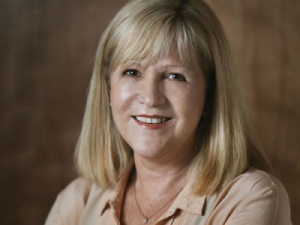 There is no need to go on about vintage 2017, other than to say it was a challenge for most growers and wineries.

But the challenges experienced, weren’t limited just to weather conditions. New Zealand Winegrowers CEO Philip Gregan told the Grape Day audiences that he had received more calls than in any other vintage, regarding the relationship between growers and wineries.

“The feedback came from every area in the country, with the exception of Central Otago. And a lot of that feedback was around the interpretation of grape supply contracts and how issues regarding quality were being assessed, as well as the timeliness of those assessments.”

After further questioning, Gregan said some of the growers were concerned about the decisions on harvesting dates along with a number of interpretation issues.

It wasn’t growers only talking to NZW, wineries as well were concerned that some growers didn’t comprehend that they needed quality fruit to make quality wine.

There were some who were upset their fruit wasn’t harvested, although wineries claimed there was little choice but to leave diseased fruit on the vine. (At least 4000 tonnes of fruit was left unharvested this year, according to the Vintage Survey, although Gregan admits that does not include the amount of fruit that was dropped to the ground prior to vintage.)

As a result of the number of conversations this year, the issues were reported back to the board of NZW in April, leading them to investigate whether a Code of Conduct should be instigated, to ensure such issues are not ongoing.

This is not the first time a Code of Conduct has been mentioned within the industry. At last year’s Bragato Conference, following a session on contracts, the audience was asked if they would support such a Code being brought in. It was close to a unanimous yes, from all attending.

So what could such a Code look like? Hard to tell, although NZW is looking closely at the Australian version. Established back in 2008, their Code has two main aims:

• And to provide a dispute resolution system to manage disagreements which arise over price or quality assessments.

It appears any New Zealand version would have the same principals, and like Australia, it would have to be voluntary. Commerce Commission rules mean such a contract cannot be compulsory.

Across the Tasman the FAQ section that discusses the Code highlights why wineries should sign up.

The benefits to wineries are:

• Providing protection in case of a dispute arising with a supplier, because there will be a written agreement in place with an impartial dispute resolution process

• Demonstrating that the business you run is fair and reasonable

Between 2009 and 2015 41 large wine companies based in Australia had signed the Code. Which given there are over 2400 wineries in Australia, does not seem like a lot.

Let’s hope if New Zealand introduces its own code, that more of the industry gets on board – to prevent the issues of 2017 rearing their head in the years ahead.