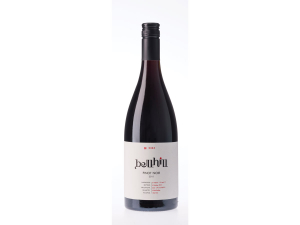 OPINION: It is frustrating to take a special bottle to a dinner party and have the host murmur thanks before consigning the bottle to his or her wine cellar.

The most recent bottle in question was my last bottle of 2011 Bell Hill Pinot Noir. When I handed it over the host said "wow, Bell Hill" or something like that. I mistakenly assumed he would open it.

By the time the cheese board arrived it was clear that Bell Hill was not on the menu. I don't blame the host. It was a terrific dinner with excellent wines that had been carefully matched with each course.

When I received the invitation, I should have asked if I could bring a particular wine style that would fit the menu, or instead, bring a bottle for his cellar. If I were the host, I'd write the name of the donor on the bottle and promise to open it when we next met.

(The name of the wine has been changed to protect the identity of the host.)

To Decant or Not to Decant?

The late professor Émile Peynaud was not a fan of aerating wine by decanting it, claiming that the action of oxygen dissolved in a sound wine when ready to serve is usually detrimental.

Once a year, when capsicum prices bottom out (which means they’re at their freshest best) I make the Big Dipper, a kick-ass mix of red capsicum, cashew nuts, garlic and olive oil seasoned with salt and pepper.

A balancing act at Bell Hill

If Sherwyn Veldhuizen didn’t love her day job so much, the North Canterbury winegrower might spend all her time farming fungi.

Market research organisation Wine Intelligence looks into the future each year and makes quite specific predictions. They have scored a high hit rate in the past. Here are their five predictions for 2021.