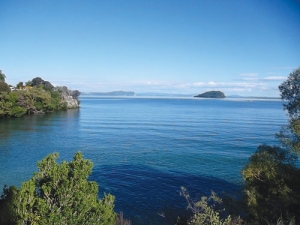 Getting nitrogen leaching load down is crucial to ensuring Lake Taupo’s health.

Agreement has been reached on reducing by 20% the amount of nitrogen leaching into Lake Taupo through the ground.

Land use change is the key to achieving the new target of 170 tonne/year entering the lake.

The changes – via land purchase and land use changes, using money from a $79.2 million fund -- will not quickly achieve the reduction, says Lake Taupo Protection Trust chairman Clayton Stent. There will be a lag of decades during which the reductions will be seen.

The agreement is between the trust, its central and local government funders and Ngati Tuwharetoa.

Stent says it is a major milestone in efforts to protect Lake Taupo, and “all involved are pleased”. “Getting the nitrogen leaching load down is crucial to ensuring the lake’s health.”

The trust is setting out to change local land use; stock urine is a main source of the nutrient.  The funding arrangements mean on-the-the ground work towards the 170t/year leachate cut will be finalised by 2018.

“But this is a project that will leave behind a cleaner legacy and protect this national taonga (treasure). We needed to act when we did.”

Waikato Regional Council chair Paula Southgate says the council’s Variation 5 policy, which has facilitated the nitrogen reduction, “has been internationally recognised and has required a major effort by us all to implement”. “Ratepayers’ contributions have been important… and I’m grateful to our central and local government partners, Ngati Tuwharetoa and local landowners for their contributions.”

Taupo mayor David Trewavas says the agreement is “a major achievement for the community of the Taupo district”.

Farming the cause, N the effect

Regional council monitoring in the late 1990’s showed deteriorating water quality in Lake Taupo, and the water was losing its famous clarity.

Farming was seen as the cause and nitrogen emissions the effect.

The council’s Variation 5 policy included caps on nitrogen emissions from farms and limits on wastewater discharges.

All farms in the Taupo catchment now have resource consents to operate within a cap. To maintain water quality, a cut of 20% in the nitrogen from farms and urban areas was needed to restore 2001 levels of water quality and clarity by 2080.

The Lake Taupo Protection Trust was set up in February 2007 to administer a $79.2m fund to do the necessary work. The money is from the Ministry for the Environment (45%), Waikato Regional Council ratepayers outside Taupo (33%) and Taupo District Council ratepayers, including farmers and foresters, (22%).

Tuwharetoa Maori Trust Board is the owner of Lake Taupo. Ngati Tuwharetoa landowners are the largest private landowner in the catchment.