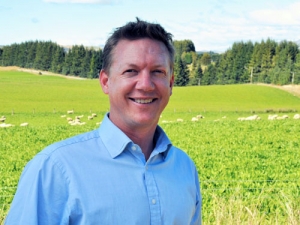 Landcorp will not renew its sharemilking contract with Shanghai Pengxin Group (SPG) when it concludes at the end of May 2017.

Landcorp chief executive Steve Carden says as part of its new strategy, the company is focusing on other areas of growth – principally the value-add strategy under its Pamu brand. Recent examples include our investment in our sheep milk JV and our wool supply contract to Danish shoe manufacturer Gleryps.

"Landcorp has worked hard with Shanghai Pengxin and is proud of what the partnership has achieved, turning around 16 poorly performing farms. The Landcorp team on the ground have done a terrific job," says Carden.

"We're also pleased to have been involved in the implementation of the Central North Island Dairy Academy, which will be launched later this month. Our job here is now done, and we're happy to move onto other opportunities more in line with our new strategy."

Landcorp will continue the operation of the farms over the next 18 months and is committed to ensuring a smooth transition of the properties including stock and staff at the end of May 2017, he says.

Andy Macleod, chief executive of Pengxin NZ Farm Group, says: "Our acquisition of the farms dates back to November 2012 when we entered into a 50:50 joint venture with Landcorp, as 100% sharemilker, charged with developing and managing our farms.

"Over the last three years the JV Board approved more than $20 million of capex. This includes the Dairy Training Academy, two new dairy sheds, the building of six new houses and renovation of a further 60, six new effluent ponds, 300km of stock and riparian fencing, 800 ha of regrassing and 900 additional water troughs.

"There has been a strong focus on health and safety, animal welfare, compliance and farming sustainability and it has been a beneficial relationship for both organisations.

"We respect and understand Landcorp's decision. We have enjoyed the close relationship with Landcorp and the valuable insights, expertise and experience they have provided.

"Pengxin's New Zealand-based management has grown significantly since 2012. Within our New Zealand Farm Group we already manage 18,000 cows and look forward to carefully, sensitively and sustainably managing the transition of staff and animals of the North Island farms in 2017," Macleod says.

Greg Gent, chair of Pengxin New Zealand Farm Management Ltd, which governs the partnership, says: "The partnership has been a good example of what the investment of capital with local expertise can achieve. They have transformed what were previously distressed assets into well performing farming operations. Amidst some scepticism at the outset, both SPG and Landcorp have worked hard to make this partnership a success."