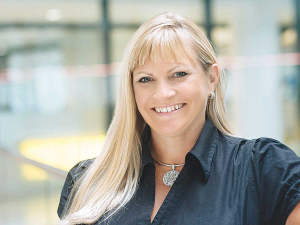 CurraNZ co-founder Fleur Cushman says NZ blackcurrant sales have surged in the UK in the wake of COVID-19.

The company says its antiviral and antimicrobial supplement is shown to boost the immune system, and Google Trends have “unsurprisingly” shown that searches on boosting immunity have peaked to record highs in the last few weeks.

However, Cushman is at pains not to be claiming blackcurrant as a cure for coronavirus.

“What we have seen is good science that has come out of Japan and Iran particularly. High-impact recent papers are showing that blackcurrant does have anti-viral effects and it does support the immune system.”

Cushman explains that the dark colour of blackcurrants comes from a class of antioxidants called the anthocyanins. High levels of both polyphenols and anthocyanins are linked to New Zealand’s – especially Canterbury’s – high summer UV levels and cold winters.

“We only use a specific variety of New Zealand blackcurrants because they have particularly high levels of anthocyanins, and the climate has an awful lot to do with that.”

Cushman says New Zealand fruit is of such high quality that they can produce an extract of 35% -- so 105mg of each 300mg capsule is guaranteed to be anthocyanin – which she adds fruit manufacturers elsewhere in the world struggle to achieve.

Cushman says she first went to Britain to follow a career as a horse racing journalist, although the family business in New Zealand “kept calling me back.”

Her now late father Mike Cushman, who founded the Clinicians Supplements range of dietary supplements, first alerted her to the potential of blackcurrants, as shown by early Plant and Food findings. Subsequent work at the University of Chichester showed their potential for sports nutrition, recovery and performance.

With a UK partner, she launched the company in the UK in 2014 and in New Zealand in 2017. It now also has a distribution base in Australia.

CurraNZ product is sourced from a co-operative made up of about eight of New Zealand’s dozen or so growers.

For commercial reasons, Cushman won’t reveal where the extraction is carried out, but final production of the capsules is done in the UK. She says it’s not feasible to do it in New Zealand because, with elite sportspeople including Tottenham Hotspurs and High-Performance Sport NZ among their customers, it has to be done at sports-accredited facilities to avoid falling foul of anti-doping rules.

Meanwhile, Cushman said research into blackcurrants was now moving from sports nutrition into the health sciences.

She said research into anthocyanin was taking on a life of its own.

“It’s no longer me trying to door knock and trying to garner interest from scientists based on a small amount of evidence – now we field research requests from all over the world.”