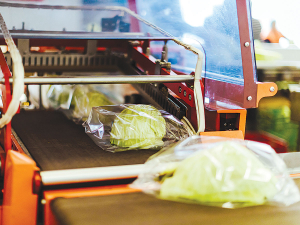 Biosecurity NZ says it is ramping up its capability with the return of tourists to protect the country's all important primary sector.

Biosecurity NZ has been hit with staff shortages following the border closures.

But with the passenger pathway picking up more quickly than expected, it has a plan to urgently get its capability up to strength.

“When the border closed, particularly the passenger pathway such as cruise ships and airlines, MPI decided not to have any redundancies. We would use our quarantine officers in other areas within MPI until the border reopened. The officers were well trained and capable and close to 200 officers were redeployed throughout MPI.”

He says many have now elected to remain in areas they had been deployed to. They have become compliance officers in fisheries or are working in science, technical areas, forestry and a whole range of MPI areas.

“With the borders reopening we have had to go into a massive recruitment surge. Queenstown is a good example. We had no work (when borders were closed) for anybody in Queenstown because the only border activity there is the border itself,” Gilbert explains.

“That has been challenging in the job market... we lost experienced people and that has impacted on the capability of our workforce.”

The passenger pathway is picking up a lot quicker than what was thought.

Queenstown was back to pre-Covid levels in July and about 16,000 passengers a day are expected in Auckland over summer. The pre-Covid the peak was 22,000 to 23,000.

“We are getting right back up there. People are travelling and more airlines are coming on board. We are seeing a rapid return. Cruise lines begin on October 4. We are pretty much back to pre-Covid in the number of cruise and port visits. We have found the border is alive an operating and we have had to resource up.”

In some cases that meant starting from zero.

“Our major horticultural biosecurity risk mitigant for cruise lines is we accredit cruise lines and they have to do a whole lot of things to prevent biosecurity risk. That means we don’t have to check every passenger at every gangway and all that type of scenario,” Gilbert told Hort News.

“We are working with those lines, getting them accredited, getting them up and running but there are new people involved and its virtually starting again. We have tightened up on the biosecurity in cruise lines so the standard of accreditation is higher than previous times. We have taken the opportunity to review and make sure we nullify that risk. We are getting cooperation with the cruise lines.”

During the Covid closure period, Biosecurity NZ looked at the cargo pathway in depth.

“We have made a number of changes to the cargo pathway that we will roll out over the next two or three months,” Gilbert says.

Most are around transitional facilities with increased requirements on third parties to demonstrate biosecurity compliance.

“We have found a number of issues where containers are going to places to be devanned or emptied that weren’t the places that we required them to go to. So, we have had quite a focus on the transport operation and the transport of containers.”

There is also much more air cargo coming into New Zealand.

“Airlines kept viable during Covid by carting cargo. Air New Zealand virtually turned itself into a cargo airline. You don’t normally get the documentation in some scenarios with air cargo and different types of products are being imported.

“There are a lot more brown marmorated stink bug (BMSB) risk goods that would normally come through sea cargo coming through air cargo so we have had to rebuild and reskill our staff in around inspection in air cargo.

“With air cargo you normally get fresh produce etc. You didn’t get car parts or machinery and things like that which are often BMSB vectors.”

With BMSB, during the Covid border closure period Biosecurity NZ completely revised its used car programme from Japan, improving compliance to a much higher level.

“We now consider that a low-risk pathway. We worked well with the motor industry – they have been really good. That has traditionally been our higher risk of BMSB – those car ships.”

Overall, Gilbert says Biosecurity NZ is in a rebuild phase.

A recent outbreak of Foot and Mouth disease (FMD) in Indonesia has the NZ agriculture sector and its officials on high alert.

Recently updated import protocols means that imports of cattle genetic material into NZ from other countries has effectively come to a standstill.