Not everyone hates farmers 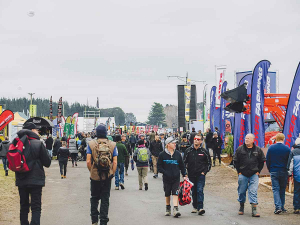 According to UMR Research 55% of New Zealanders hold a positive view of the primary sector – compared to 12% who are negative.

In contrast, just 12% of New Zealanders hold a negative view.

The star of the surveyed industries was horticulture: 68% of NZers were positive about hort vs only 4% negative. The forestry industry also rated well: 56% of respondents were positive vs only 9% negative.

Marc Elliott, executive director of UMR Research, says the research results were at odds with the perceptions held by many farmers.

“The strong theme we have heard from farmers in the past is that they do not feel well liked by their urban counterparts.

“However, when you poll the general population, this is simply not true,” he said.

But, said Elliott, “one in five New Zealanders (20%) declaring a negative view of dairying is not insignificant, and it shows our primary sector has work to do to improve its environmental performance”.

“However, anyone who takes time to look around our primary industries will see a lot of activity towards becoming more sustainable.

“For example, land and environmental plans, retiring erosion prone land into native reserves, fencing off and planting around rivers and streams.

“From working in this space over many years we have observed that New Zealanders on this topic are concerned particularly about impacts on water quality.

“However, almost in the same breath, they acknowledge the many jobs and the fantastic quality of food from our primary industries from which they directly benefit.

“If farmers think urbanites are expecting more from them, they are, and farmers need to deliver on this.

“But the primary industries must take heart that most New Zealanders know which side their bread is buttered on.”

Elliott told Rural News the research wasn’t commissioned. Instead UMR chose to do the research as they knew farmers are better liked than they think they are. As most of UMR’s research is among farmers, Elliott wanted them to hear a good message for once.