The battle for trust 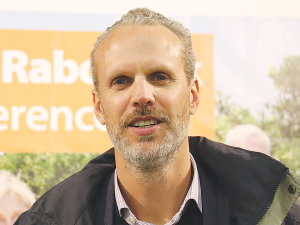 With distrust growing in consumers, even for science, gaining their trust is now more valuable to win than ever.

Tim Hunt, the head of RaboResearch Food and Agribusiness in Australasia, says trust is becoming more complex to succeed in and more valuable to win because of what is happening in New Zealand’s markets.

He says in emerging markets, such as China and Southeast Asia, consumers are placing enormous value on the safety of products, whereas in western markets they increasingly value sustainability, animal welfare, fairness and provenance.

“The problem with both those sets of attributes is that they are not self evident when the consumer is buying the product,” Hunt said.

“They cannot tell if there is a problem with the food safety until after they have bought it. Or they can’t tell if the animals on a farm are treated well or whether the producers were treating the environment well.

“In order to tap into these consumers and get the premium that is opening up for those attributes there is a need to establish trust.”

And a further complication is a recent loss of trust by society, in general, in governments, regulators, churches and large corporations, Hunt says.

For example, Monsanto insists glyphosate is safe if used correctly and there is lots of science on it.

“Consumers are saying ‘we don’t trust Monsanto and the scientists who did the research and we don’t trust the regulator who is supposed to keep us safe from it’,” he says.

Online selling and traceability technology have also had an impact and Hunt says NZ needs to keep up to speed on this and tell our story before others start doing this for us.

For example, in Australia a consumer advocacy group has developed a phone app which is influencing consumer behaviours, Hunt says.

“That app enables you to scan the top of an egg carton [to learn] the stocking density of the hens that laid those eggs... and whether the hens are truly free range or not. And it urges you to photograph the... image and send it via social media to all your friends.

“It’s a big issue having a big impact on sales of different types of free range eggs.... If we don’t move fast with technology, others will do it and write the rules and the story for us.”

Milk production in China is booming and this could be bad news for New Zealand farmers.

Supply down, prices up?