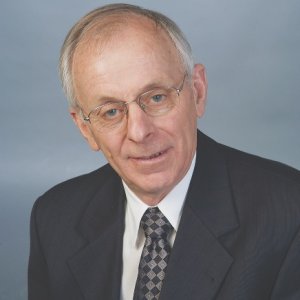 FOR DECADES hydatids (Echinococcus granulosus) was a killer disease that affected humans and animals of all ages. It took the best part of 50 years to eradicate.

Hydatids is the tapeworm of Echinococcus, including all stages of development, from egg to worm. The sheep and the dog are major partners in its spread.

Its eradication here reflects the determination of those who would accept nothing less than total elimination of the pest. While early records are not extensive, from 1958 to 1961, when the National Hydatids Council was being formed, there were 299 new human cases, and 23 deaths. In the period from 1950 to 1953 there were 377 new human cases and 58 deaths. Figures such as these motivated the creation of National Hydatids Council.

Hydatids was recognised as a human health hazard in the early 1900s. There were local attempts to control the disease but these usually ended up as well meaning failures. By the late 1950s it was accepted any success required a concerted national effort.

It was a strategy that worked and included an extensive infrastructure of well-trained local authority hydatids and dog control officers, national hydatids council field advisory officers, and research and education programmes. It was a vision that attracted many of the country’s top rural leaders and scientists such as Tom McCristell, David Heath, Ira Cunningham and Michael Gemmell.

For many farmers often the closest involvement they would get was   the six weekly trip with their dogs to the ‘dosing strip’. For many it became an important social gathering. But the dosing strip was only part of a carefully planned exercise that involved farmers and other dog owners.

Former South Otago farmer Geoff Neilson has been part of the campaign for 40 years, starting out as Young Farmers Club delegate in 1971 and completing his term as chairman of the National Hydatids Council at the time of its demise.

New Zealand farmers gave the eradication programme their full support without which it would have ended up in a  forgotten filing cabinet. Neilson says the demise of hydatids, achieved in 1991, means the country, and especially its children, are now safe from a needless killer disease.

He says the success of the eradication plan was due to many features including strong leaders that related well with farmers. Equally important was effective communication. Pulling it all together was the belief that it was an achievable goal.

Most of the funding was from dog registrations. Behind the scenes were highly effective pressure groups such as the Women’s Division of Federated Farmers. The drawing of a weeping rocking horse being put up for sale became the Council’s hard hitting symbol.

The success of the campaign was such that when hydatids eradication looked certain the decision was made, in early 1980, to bring in another disease under the same banner. This was Taenia Ovis, commonly called sheep measles.

The T. Ovis programme was almost identical to the hydatids programme, with emphasis on proper dog feeding, offal being cooked or disposed of in such a way that was inaccessible to dogs. There were improved drugs such as Droncit and blood tests that identified problem dogs, though the problems were usually people not dogs.

Hydatids eradication was undertaken through an Act of Parliament. When Government pulled the pin in the infamous Richardson budget of 1991 the structure around eradication fell over.

Neilson says there was a vacuum for two years. Many farmers maintained their programmes voluntarily but the incidence of T.Ovis began increasing.

Meat companies were keen to see T.Ovis either eradicated or controlled. T.Ovis is not a killer disease, but it leaves unattractive cysts in meat. For the meat companies this was a marketing problem.

Neilson was approached to help set up a voluntary organisation that brought together meat companies and sheep farmers. Ovis Management Ltd began operating in 1992 and is now a wholly owned subsidiary of the NZ Meat Industry Association.

At that time infections found at slaughter were 7% and rising. Today they’re 0.53%. It reflects how sheep farmers and the meat industry will get behind something they believe in.